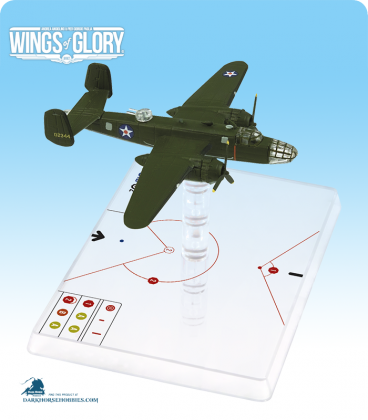 The North American B-25 Mitchell was an American twin engined medium bomber. It was used by many Allied air forces, in every theater of World War II, and saw service across four decades. It first gained fame for its use in the 18 April 1942 Tokyo Raid, in which 16 B-25Bs led by Lieutenant Colonel Jimmy Doolittle attacked mainland Japan, four months after the bombing of Pearl Harbor.