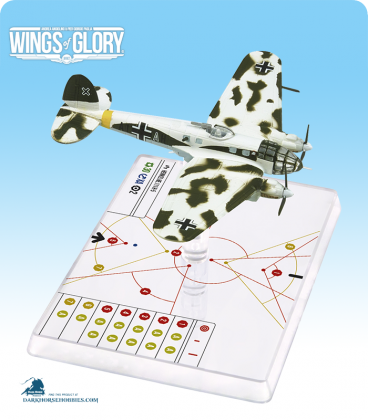 The Heinkel He.111 was a fast medium bomber, developed by the Luftwaffe in the ‘30s and constantly upgraded during the war. It was the primary German bomber in the early years of the war. The He.111 was used in a variety of roles: it was used as a strategic bomber during the Battle of Britain, a torpedo bomber during the Battle of the Atlantic, and a medium bomber and a transport aircraft on the Western, Eastern, Mediterranean, Middle Eastern, and North African Fronts.