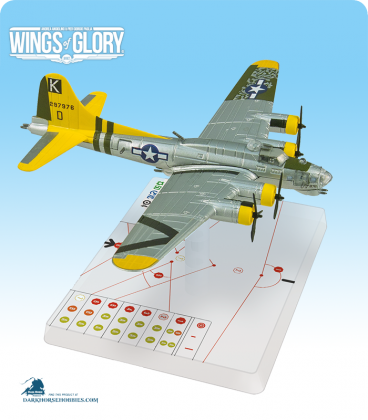 The Boeing B-17 “Flying Fortress” is a four-engine heavy bomber aircraft developed in the 1930s for the United States Army Air Corps (USAAC). The B-17 was primarily employed in the daylight precision strategic bombing campaign of World War II against German industrial and military targets. From its introduction in 1938, the B-17 Flying Fortress evolved through numerous design advances.

The B-17G is generally considered the definitive B-17 design, incorporating all changes made in the B-17F. “A Bit o’ Lace” is possibly the most famous B-17G ever – It flew 83 missions over Europe, and featured art by cartoonist Milton Caniff as a decoration.