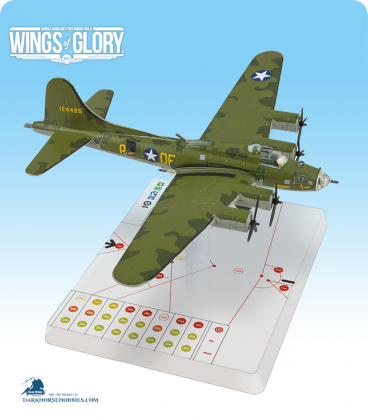 The Boeing B-17 “Flying Fortress” is a four-engine heavy bomber aircraft developed in the 1930s for the United States Army Air Corps (USAAC). The B-17 was primarily employed in the daylight precision strategic bombing campaign of World War II against German industrial and military targets. From its introduction in 1938, the B-17 Flying Fortress evolved through numerous design advances.

The famous B-17F “Memphis Belle” was one of the first B-17s to complete 25 combat missions with her crew intact.