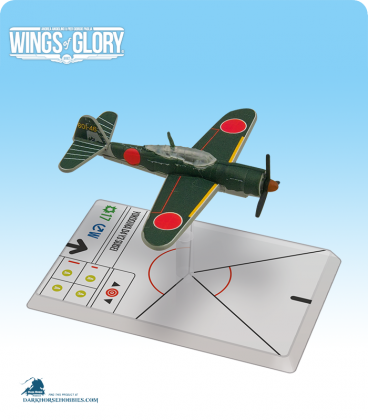 The Yokosuka D4Y Suisei, nicknamed “Judy” by the Allies, was a capable dive bomber serving the Imperial Japanese Navy. Inspired to the German He.118, the D4Y design was lighter, stronger, more advanced in its structure and aerodynamics, and this airplane was used in all of the most famous battles of the Pacific. The D4Y was very fast, greatly appreciated quality for a dive–bomber, but some reliability problems with the engine slowed its use. The D4Y was also used with success as a reconnaissance aircraft and for kamikaze missions.

Belonging to the famous Yokosuka Kokutai, this airplane led the defense of its homeland during the last months of war.

Kokutai 121 fought during Battles of the Marianas, showing pride and courage, yet suffered great losses during the Battle for Peleliu.

Kokutai 601 fought aggressively in the Battles for the Philippines, the largest carrier–to–carrier battle in WW2 and a turning point of the war.