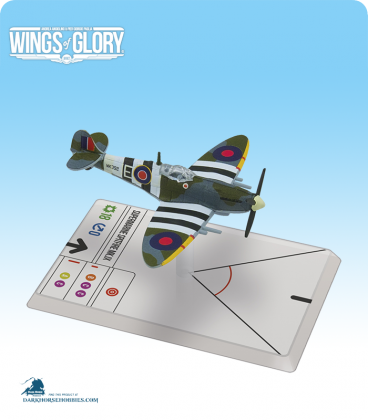 The Spitfire Mk.IX was designed and developed to compete with the Focke Wulf FW-190 which in some regards could out-perform and out-climb previous Spitfire versions.

The Mark IX was based on the Mark V airframe with the addition of the new generation of Merlin engines allowed this aircraft to duel with the deadly German enemy. Great Aces that gloriously piloted this aircraft included George “The Falcon of Malta” Beurling, Johnnie Johnson and Stanisław Skalski.