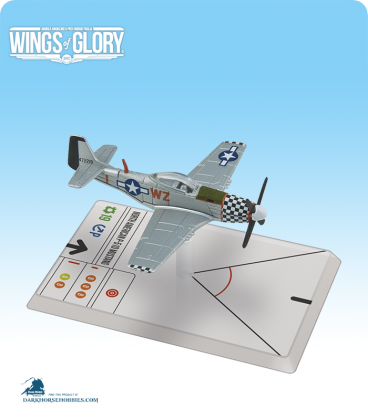 The North American Aviation P-51 Mustang was an American long-range, single-seat fighter and fighter-bomber used during World War II. The P-51s were used by the USAAF’s Eighth Air Force to escort bombers in raids over Germany.

The RAF’s 2 TAF and the USAAF’s Ninth Air Force used them as fighter-bombers, roles in which the Mustang helped to achieve air superiority in 1944. This aircraft was used in North Africa, Mediterranean Sea and Italy. Great Aces that gloriously piloted this aircraft included John Landers, Williams Saks and Spurgeon Ellington.