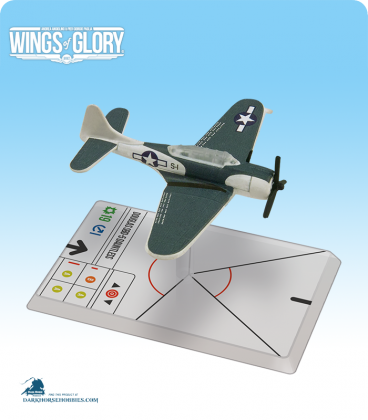 The Douglas SBD Dauntless was the US Navy’s main carrier-borne scout plane and dive–bomber, and was a good match in combat against the faster, but lightly armored Japanese fighters. Able to carry a substantial bomb load, the Dauntless proved to be very effective in sinking Japanese ships, and it earned glory during the famous Battle of Midway. The SBD–5 was the definitive model of the series, with an increased ammunition capacity and a more powerful engine than its predecessors had. It was also produced in a land-based variant, the A–24 Banshee.

Major Christian C. Lee and his VMS-3 performed search, patrol, and convoy escort duties in the Caribbean until 1944.

The GCB 1/18 “Vendee” harassed German forces retreating from the south of France from Summer 1944 to the end of the war.

Lt. JG Kirkendahl flew in bombing squadron VB-16, aboard the USS Lexington, which fought in the Pacific war until 1944.