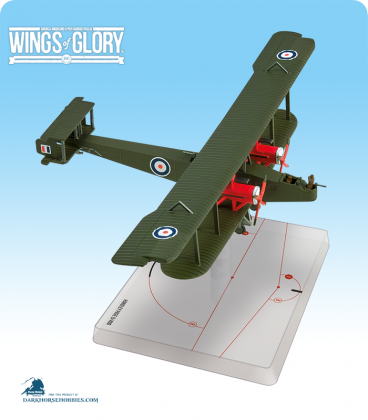 Fly over enemy territory and face the challenge of the German “Knights of the Air”, fighting in the skies of World War One!

The Handley Page O/400 was the most important RAF heavy bomber by the end of the war. Built to an immensely large size, the O/400 had a wingspan of over 100 feet; with its powerful engines, it was able to carry a bomb load up to 2,000 pounds, bombing important industries zones, hampering the German development of the terrible chemical weapons.