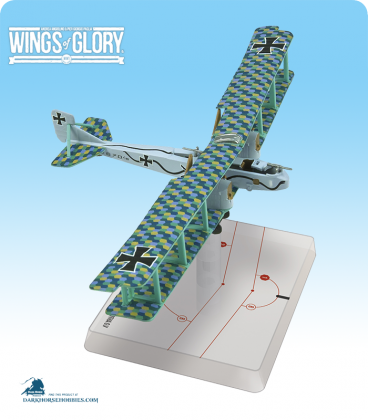 CAV Miniatures: [SO] Vanquisher B

The Gotha G.V was a long-range heavy bomber used by the Luftstreitkräfte (Imperial German Air Service). This bomber was agile for its size and difficult to shoot down, but because of its large size, and its unexceptional engine power, it demanded high skill from pilots during takeoffs and landings. The Gotha G. Vs were principally used as night bombers, and dropped 83 tons of bombs over England.