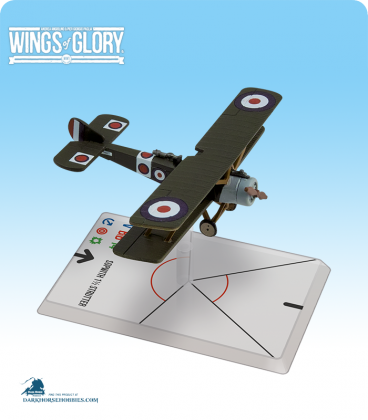 The Sopwith 1½ Strutter was an innovative multi-role airplane, designed to answer the request of the British Admiralty for a two-seat bomber for the Western Front. Its nickname comes from the odd shape of the inboard struts, which attached to the fuselage rather than to the lower wing. It was the first British airplane to use a synchronized machine-gun for the pilot – able to fire through the rotating propeller – and the first two-seater with a “puller” engine. It served with both British air services and was also widely used by French aviation.

Raymond Collishaw, one of the greatest aces of WW I, started his glorious career in this aircraft in 1916, when he successfully dueled against six German airplanes at the same time.