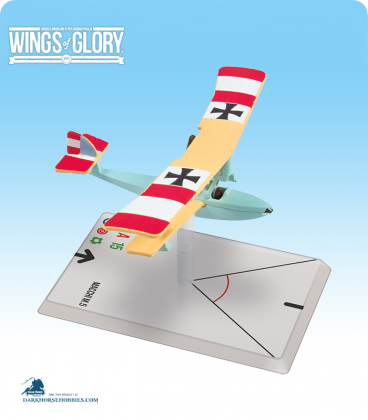 The Macchi M.5 was an Italian single-seat fighter flying boat, designed and built by Nieuport-Macchi at Varese. It was extremely maneuverable and agile and matched the land-based aircraft it had to fight.

The M.5 was operated by five Italian maritime patrol squadrons as a fighter and convoy escort. By the end of World War I, these aircraft were flown by both United States Navy and United States Marine Corps airmen. The three versions of the airplane proposed include the model flown by the Italian pilot Domenico Arcidiacono, an American plane flown by Willis B. Haviland and a captured Austrian plane piloted by Friedrich Welker.