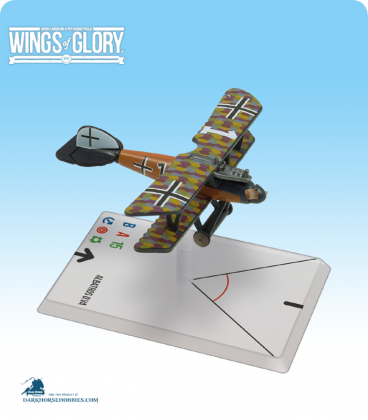 The Albatros D.V was a fighter aircraft used by the Luftstreitkräfte (Imperial German Air Service) during World War I. The D.V was the final development of the Albatros D.I family, and the last Albatros fighter to see operational service. The improved D.Va version was widely used by the Luftstreitkräfte, and piloted by German aces as Udet and Jacobs, until it was replaced by the Fokker D.VII in the last months of the war.

The ace Rudolf Weber had a record of 6 victories, commanding the Flik 102G in early 1918. He was killed returning home in a captured automobile by volunteer at a roadside checkpoint in Styria, Austria.