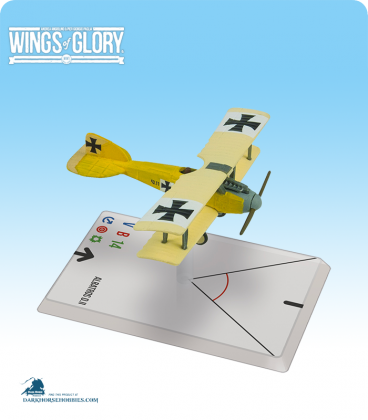 The Albatros D.II was a German fighter produced in response to pilot complaints about poor upward vision in the Albatros D.I. The forward view was improved with changes on wings and cabane struts, and this aircraft was appreciated for its impressive climb rate and for its frontal twin machine gun. It was flown by a number of famous German aces such as Oswald Boelcke and Manfred von Richthofen and the Hungarian Rudolf Von Szepessy.