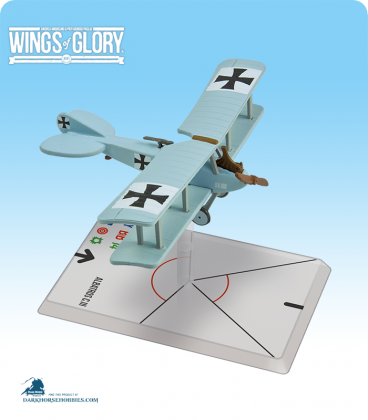 The Albatros C.III was one of the best German two-seaters of WW1. Created as a reconnaissance aircraft, it proved capable of undertaking a variety of roles: observation, light bombing, strafing ground targets, and escorting bombers. Introduced at the end of 1915, as an improvement of the successful earlier C.I model, it was produced in great numbers and used by many of Germany’s allies. Its construction was so robust it remained in service until the end of the war, some C.IIIs surviving even after the Armistice.

Hundreds of C.IIIs were used in combat by the German Luftstreitkräfte and until 1917, this airplane proved extremely useful both on the Western and Eastern Front.