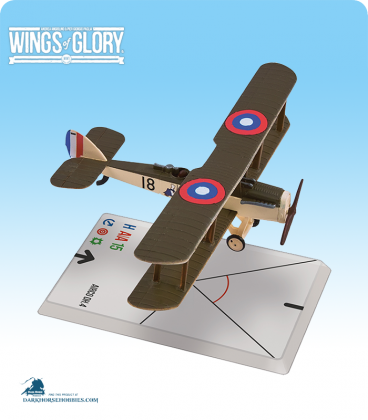 The Airco DH.4 was a British two–seater biplane of the First World War. It was the first British two seat light day–bomber to have an effective defensive armament. The DH.4 proved a huge success and was often considered the best single–engine bomber of the War. It was flown by a number of famous British and American aces, such as Frederick Cotton and Charles Bartlett.