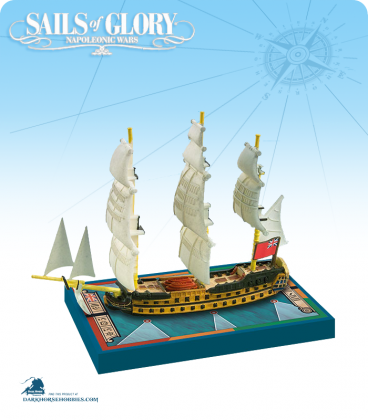 HMS Zealous was an Edgar class ship of the line. Similarly to the Bellona class, the Edgar class was one of the designs by Thomas Slade, using a slightly modified version of the original Arrogant design. Launched on June, 25th 1785, HMS Zealous served in a number of battles of the French Revolutionary Wars and the Napoleonic Wars – notably the Battle of the Nile, where she engaged the French ship Guerriere, helping to force her surrender. This ship pack can also be used to represent the British Bellona Class ship-of-the-line “HMS Superb 1760”.