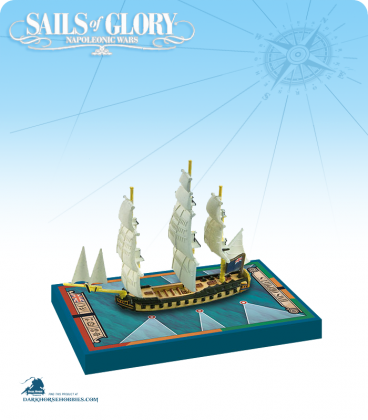 HMS Orpheus was a 32–gun fifth rate frigate of the Royal Navy. She was launched in 1780, and served for more than a quarter of a century, participating in numerous actions, mostly in the East Indies against French and Dutch ships, and later in the North Sea and Jamaica. She was wrecked in 1807 sailing toward Port Royal. This ship pack can also be used to represent the British Amazon frigate “HMS Amphion 1780”.