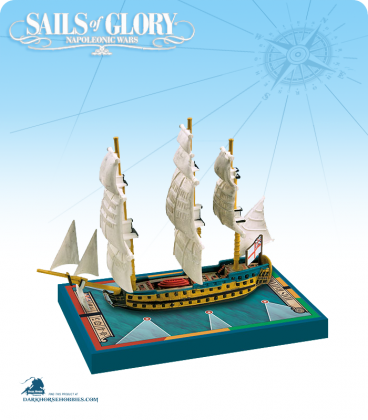 The ship was part of the Spanish fleet that participated in the Battle of Trafalgar, where she was hit by the intense fire of British ships, with 75 killed and 65 wounded. Her commander, Commodore Galiano, died after being struck by a cannonball. After capture by the British fleet, Bahama became HMS Bahama, following repairs in Gibraltar. She sailed to England and was used as a prison ship.

This ship pack can also be used to represent the Spanish Nepomuceno class “HMS San Juan 1805.”