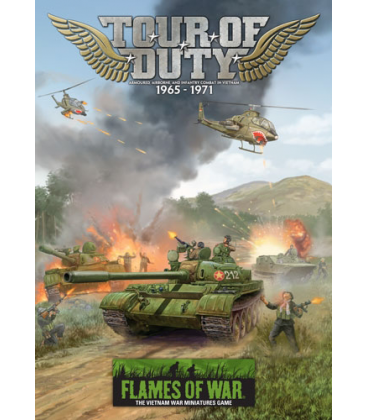 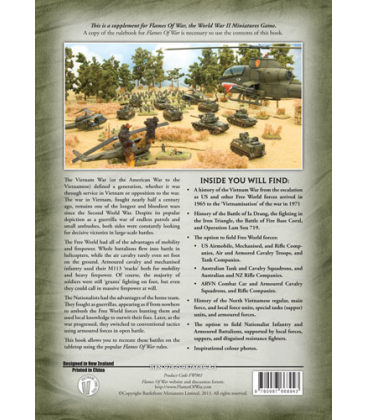 Inside you will find a history of the Vietnam War from the escalation as US and other Free World forces arrived in 1965 to the 'Vietnamisation' of the war in 1971. History of the Battle of Ia Drang, the fighting in the Iron Triangle, the Battle of Fire Base Coral and Operation Lam Son 719, as well as lists for US Airmobile, Mechanised, Rifle Companies, Air and Armoured Cavalry Troops and Tank Companies, Australian Tank and Cavalry Squadrons, and Australian and NZ Rifle.