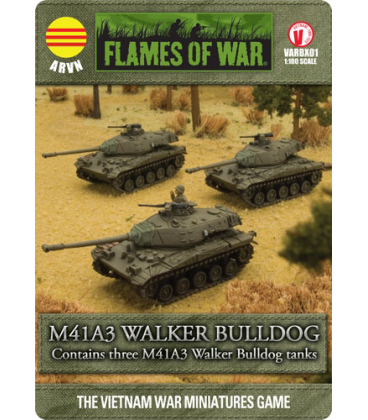 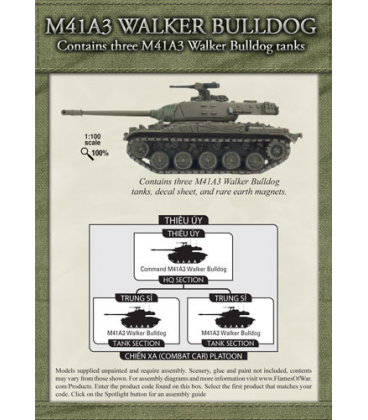 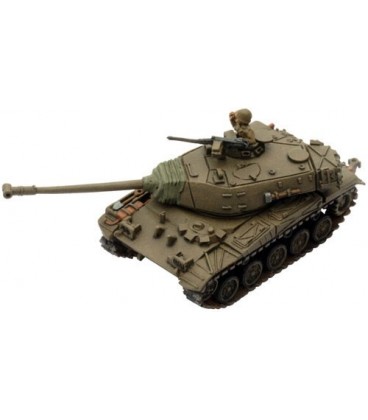 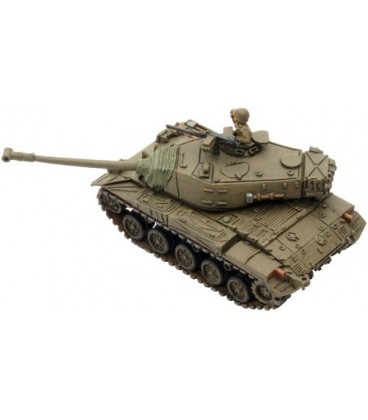 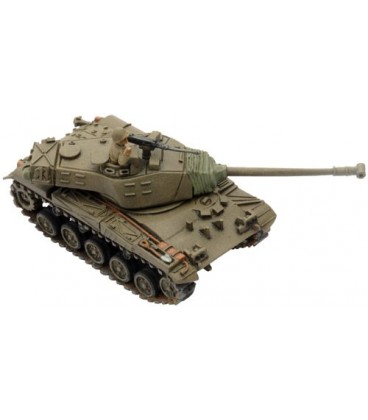 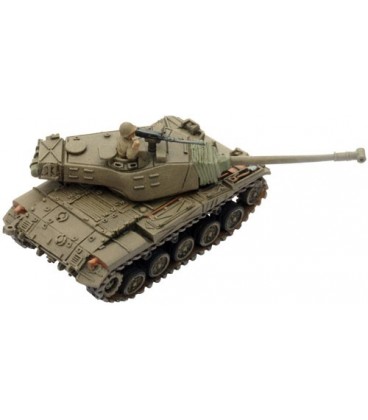 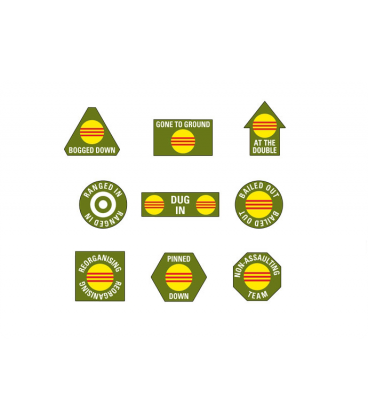 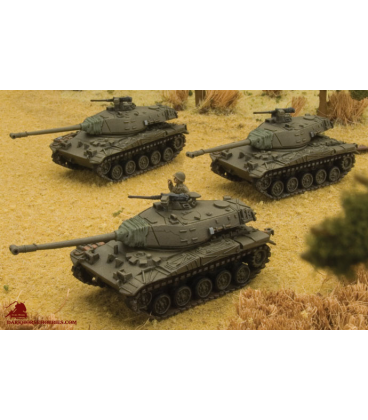 Flames Of War is a company level Vietnam War miniatures game where you command Communist forces or Anti-Communist forces, re-creating actual battles, or fighting missions verses other Flames of War armies. There is always a new challenge beyond the next rice patty!

The first M41A3s arrived in January 1965, equipping five ARVN squadrons by the end of the year. The M41 was an instant success with South Vietnamese armor crewmen, who found its interior to be just perfect for their smaller statures. This, combined with the tank's "mechanical reliability, simplicity, and excellent handling" made the Bulldog a worthy light tank that served the ARVN forces until after the fall of Saigon.