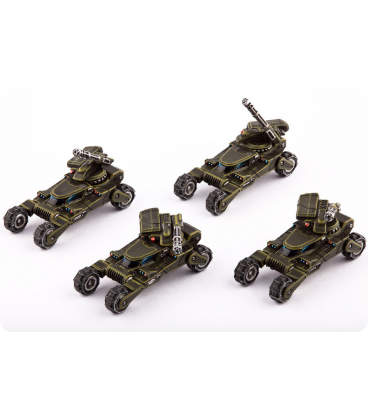 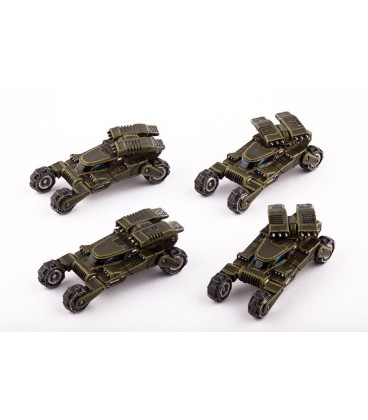 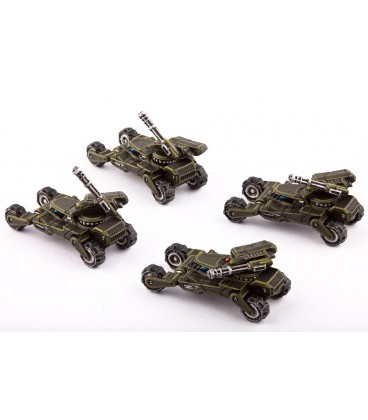 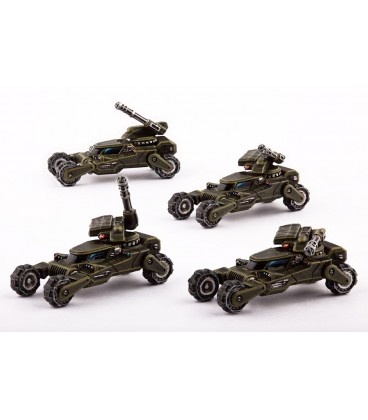 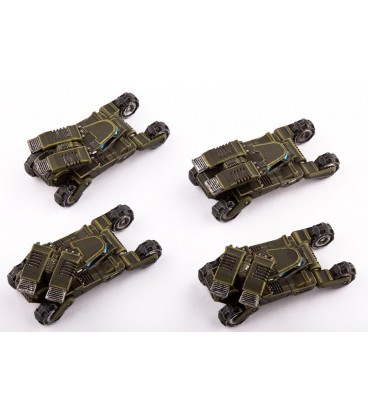 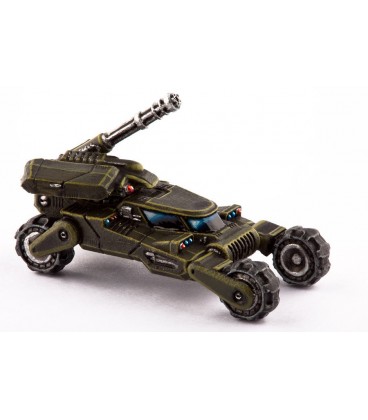 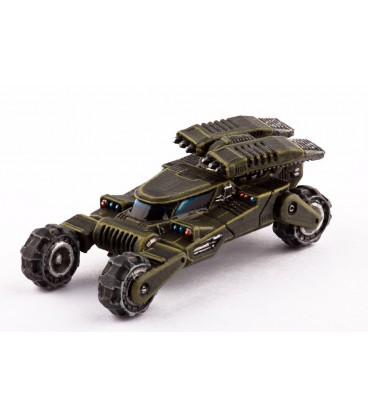 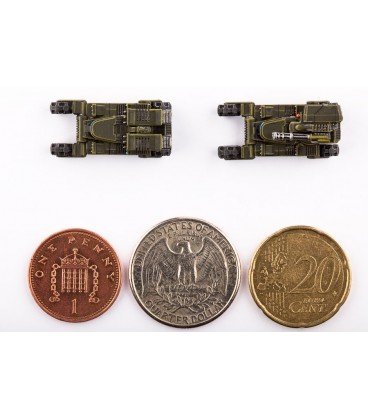 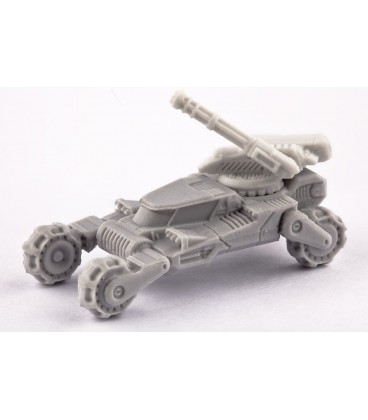 The Wolverine light armoured vehicle is an agile, cross-country scout unit. It is designed for reconnaissance and flanking operations, where its high speed and low signature can be best utilised. It is also a favourite in urban operations, where its small size gives it access to areas denied to larger units.

The Wolverine-A is equipped with a UM-303 minigun, giving this small vehicle anti-air capability in addition to excellent infantry killing power. However, the UM-303's small calibre makes the Wolverine-A less effective than the Rapier in the anti-air role.

The Wolverine-B mounts a UM-105B missile launcher, giving it anti-tank capability out of proportion to its small size. The common flaws of rocket technology make the Wolverine-B ineffective on the open battlefield. However, it is lethal in urban confines, where the missiles short effective range against active countermeasures is unimportant.