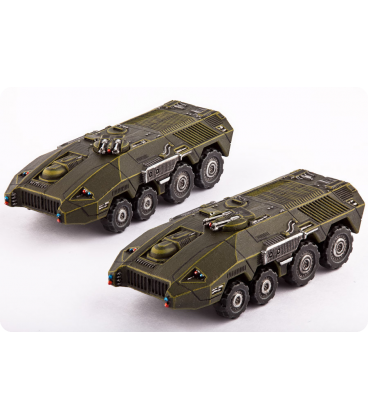 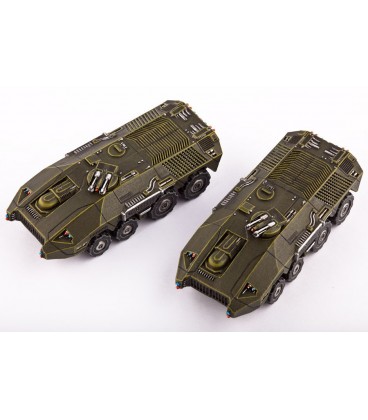 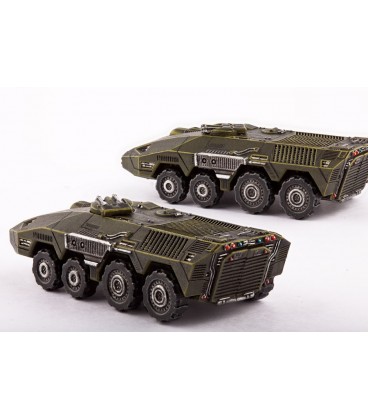 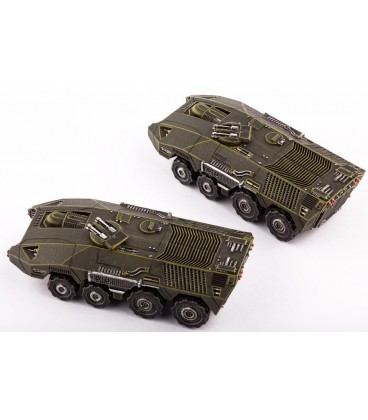 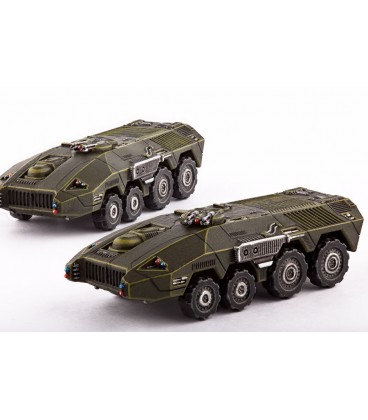 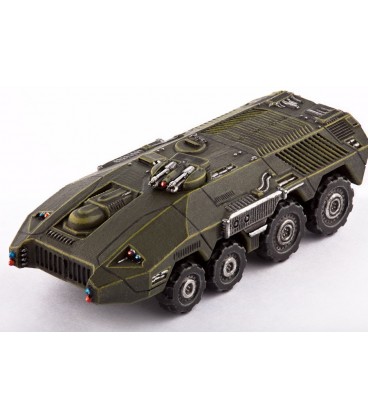 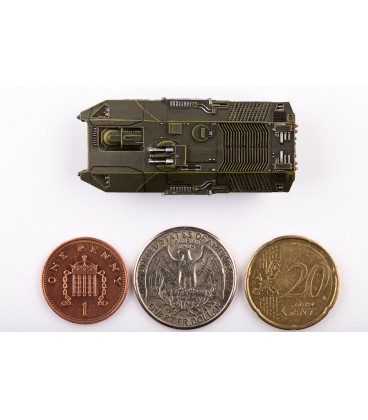 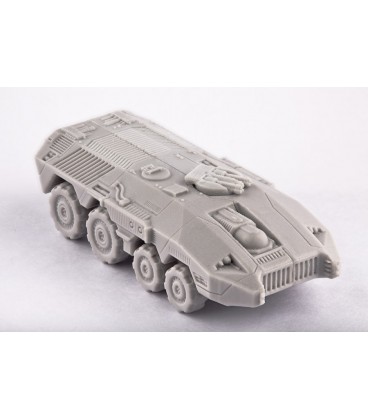 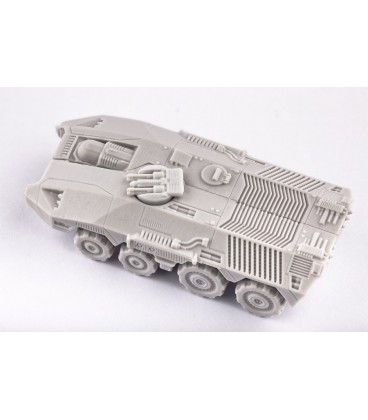 The eight-wheeled Bear armoured personnel carrier is the premier transport for UCM mechanised infantry. Its armoured hide provides protection for up to 15 Colonial Legionnaires and gives them a faster time-to-target speed. A pair of these behemoths has enough capacity to carry an entire platoon into the thick of the action.

The Bear is often employed where resistance is likely to be fierce, and has been proven to significantly reduce overall casualties. It is commonly employed against defences with extensive anti-air protection that prohibit the use of lightly armoured dropships near the frontline.

In keeping with UCM military doctrine, the Bear is designed for the sole purpose of infantry transport, which precludes the use of heavy weapons systems. However, the Bear does feature a twin UM-5 'Vendetta' machinegun, more commonly found on AASC aircraft. This allows it to provide fire support against enemy infantry formations.