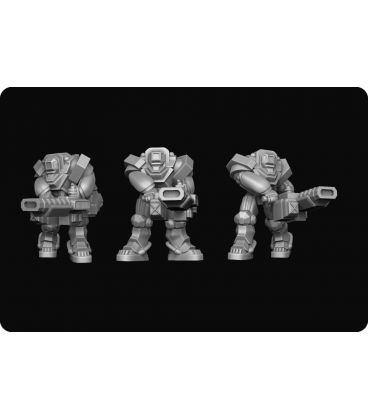 Heavy Hazard Suits were developed for working in extreme conditions on frontier worlds and on the outside hulls of ships. Since 2653, many Heavy Hazard Suits have been used as pickets in areas where hostile aliens and fauna are frequent threats - militarising them was the next logical step.

Removing the original civilian systems freed up space for the capacitors and hyper accelerators needed for a suit-portable railgun.