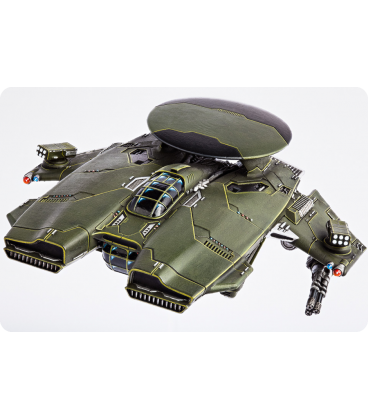 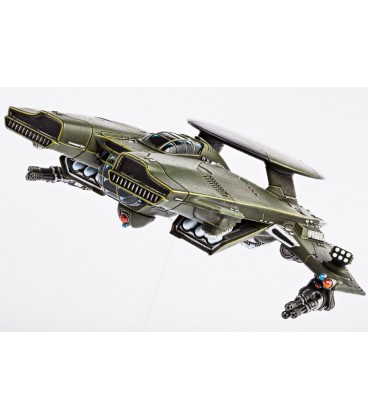 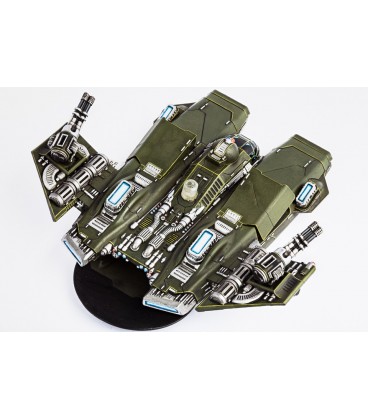 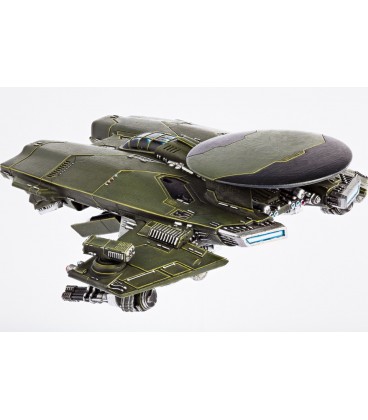 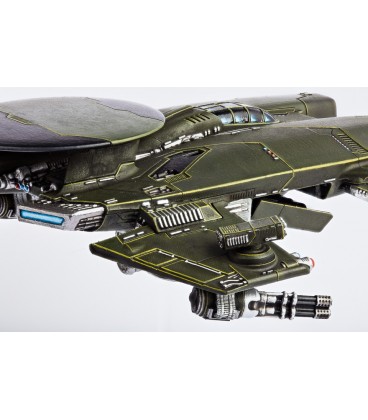 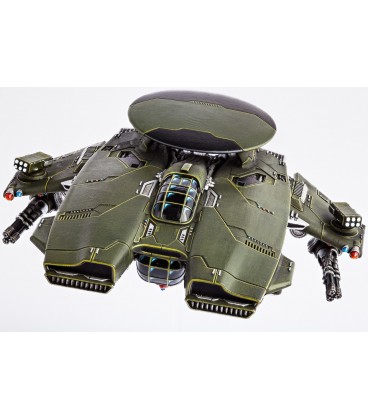 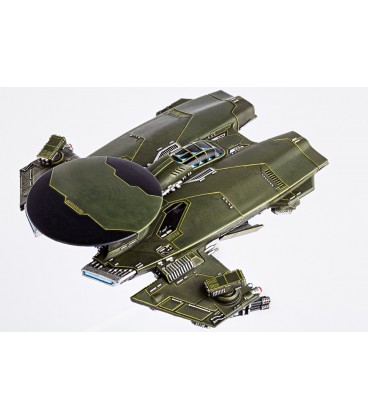 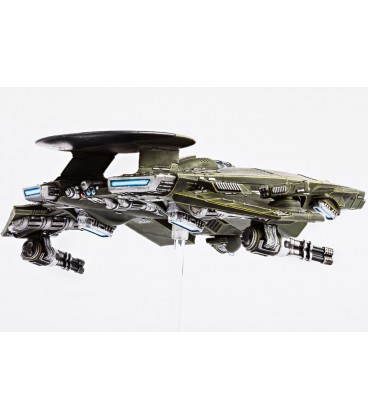 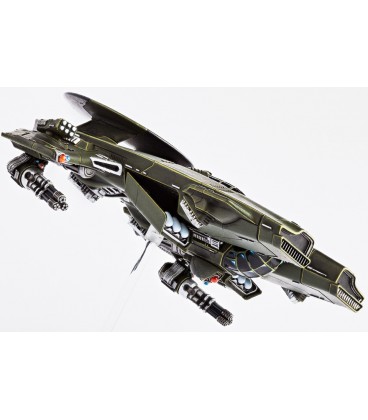 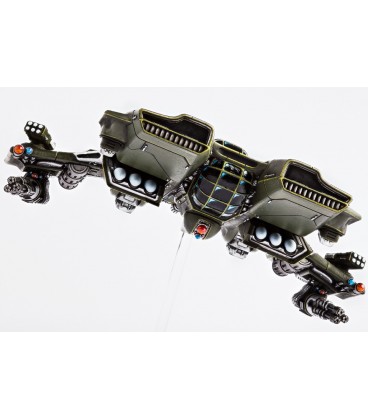 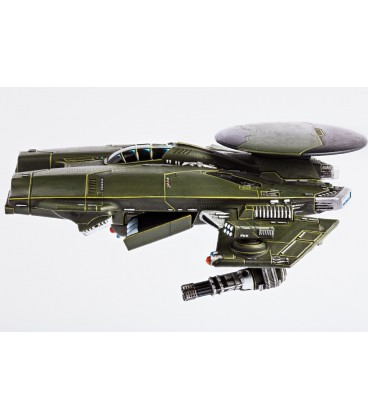 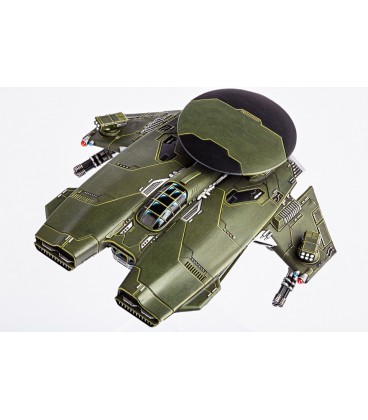 The legions were designed for shock and awe, descending on the cradle worlds without warning and rapidly taking back what belongs to humanity. The Phoenix is an up-gunned beast. It is a heavy command platform which is always first into the fray with weapons blazing, issuing directives in real time to the troops. It was designed to come in with the first wave of planetary assaults where there is no existing ground presence and where a beachhead has to be established under enemy fire.

The ship itself is one of the heaviest aircraft utilised by the UCM, both in terms of mass and armament. All aspects of the unit revolve around close support for the rest of the squadron – being able to take punishment and return such extreme levels of firepower that there is nothing left to threaten the drop zone a second time.

It sports the following: