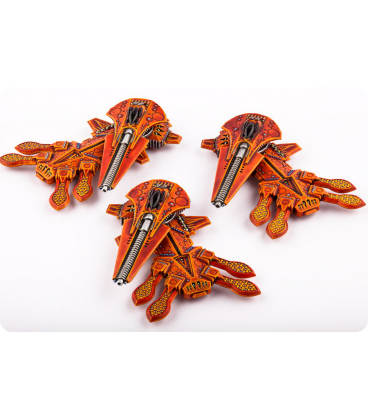 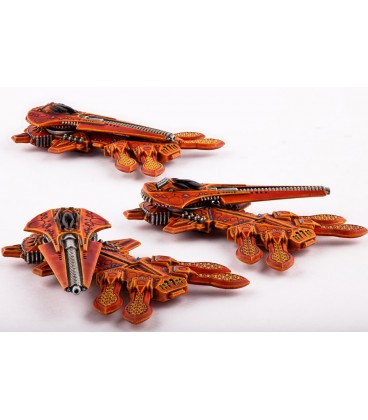 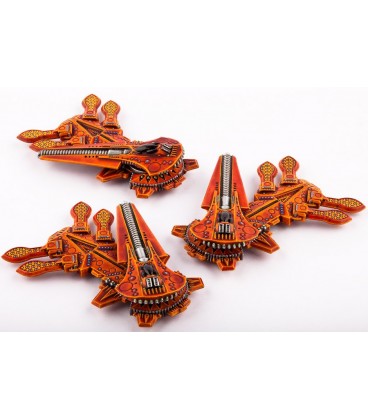 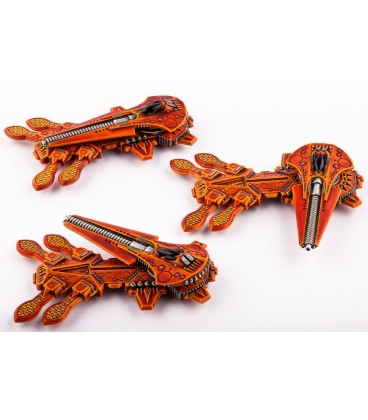 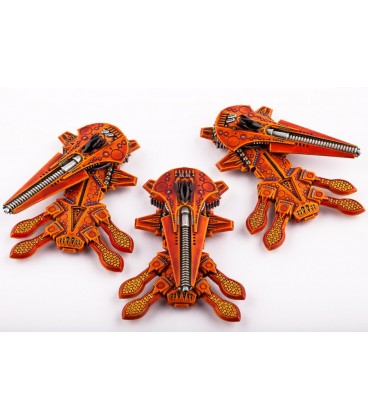 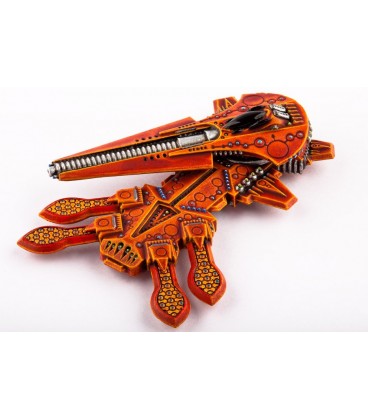 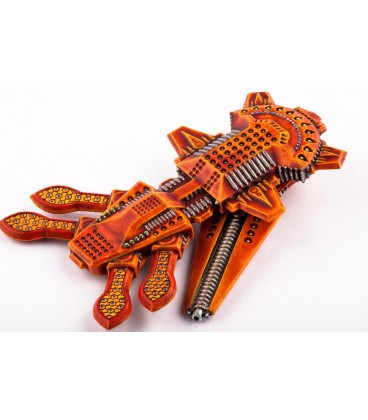 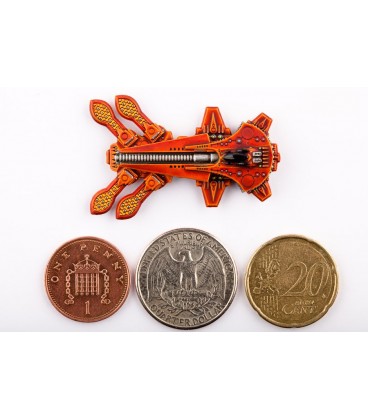 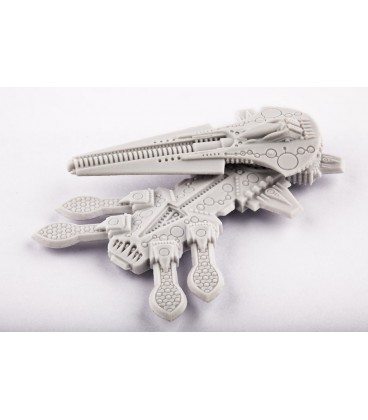 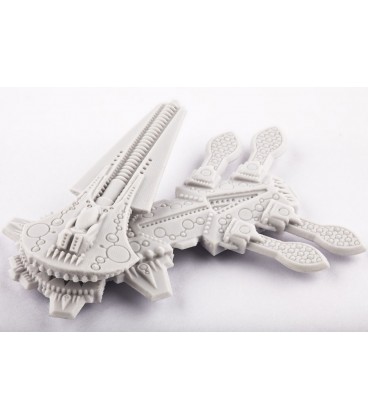 The Tomahawk is the mainstay of the Shaltari frontline and their closest equivalent to a battle tank. Unlike these crude behemoths however, the Tomahawk cruises a few feet above the battlefield, giving it awesome speed and manoeuvrability for such a powerful vehicle. Its shape and configuration is unique to the shaltari, and instantly recognisable.

It is armed with a single Gauss Cannon, a far more advanced development of the railgun technology commonly seen on human vehicles. Its impact on the battlefield is similarly devastating, although the gauss cannon is far more efficient, allowing its use on gravi-tanks.

The Tomahawk mainly fulfils an anti-tank role, where this formidable weapon is best utilised. However, its greatest asset is its awesome speed. This allows the Tomahawk to run rings round primitive human vehicles and only finds a match in the form of Scourge grav-tanks.