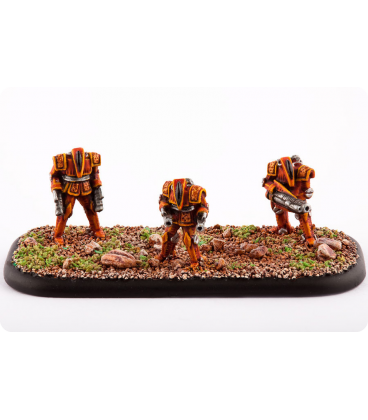 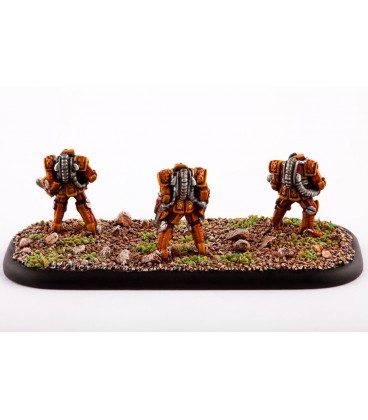 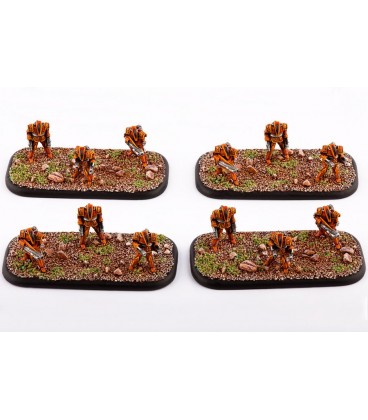 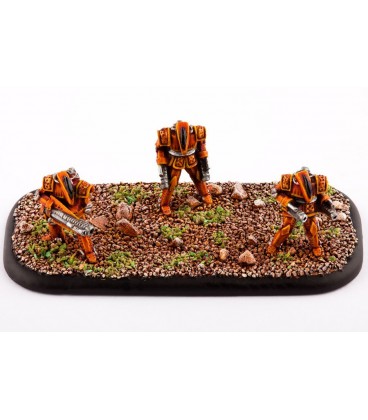 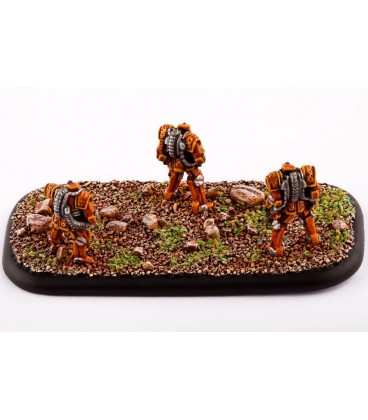 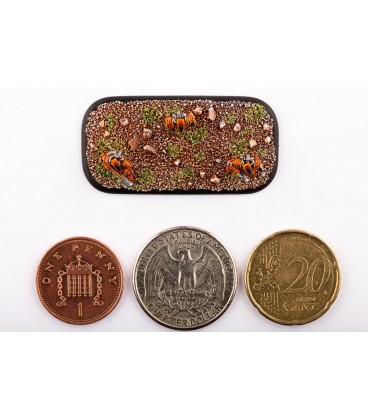 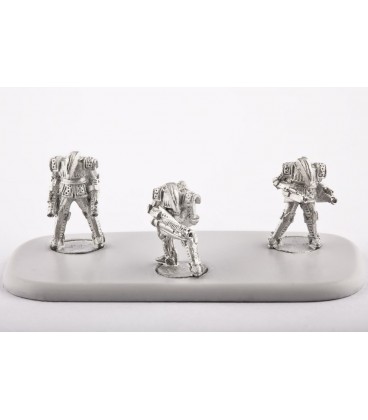 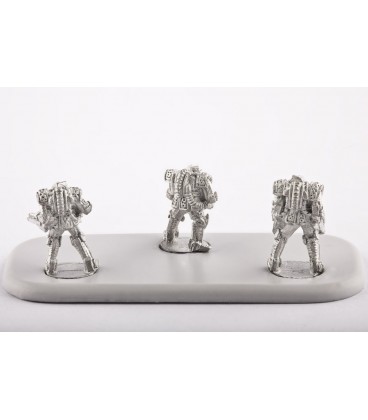 Shaltari infantry (UCM designation - 'Braves') are formidable opponents. Shaltari counteract their rather diminutive stature by taking to the battlefield in lithe, armoured exoskeletons over eight feet in height known as Warsuits. Their amazing agility is often quite disquieting to human observers, given their large size. They also feature a teleport web, and as such can be transferred where needed without risk in transit.

The Warsuit greatly enhances the user's strength, empowering Braves to carry devastating small-arms, such as the Gauss Rifle and Discus Launcher. They also feature miniaturised active countermeasure systems, greatly reducing the effective range of enemy small-arms fire. This combination grants the standard Shaltari soldier the kind of power which human infantry grunts can only dream of. This is often essential, since Braves are almost always outnumbered.