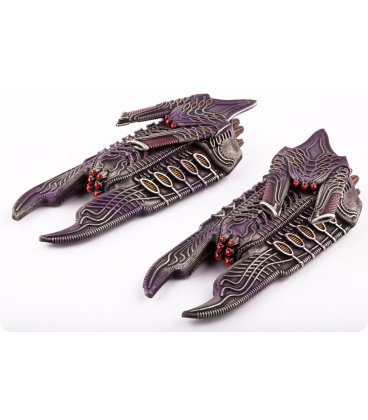 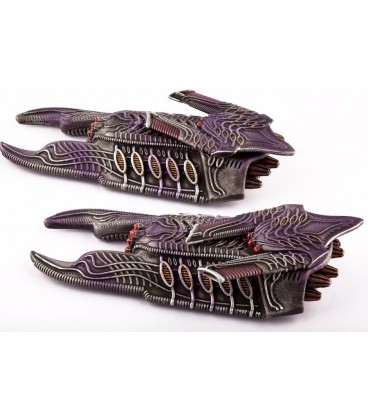 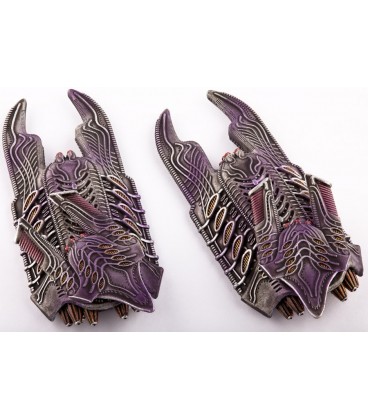 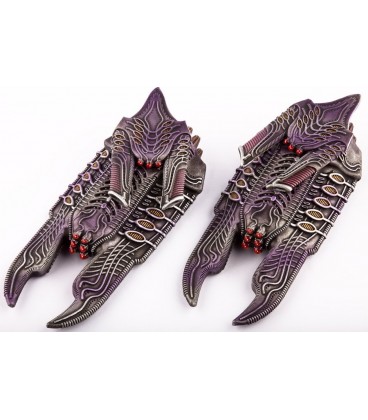 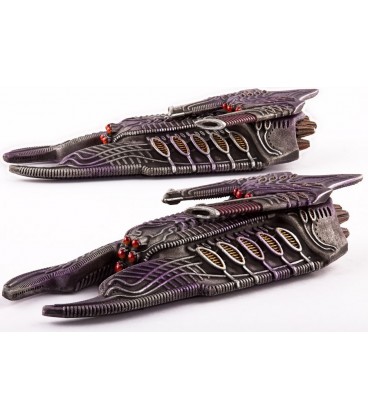 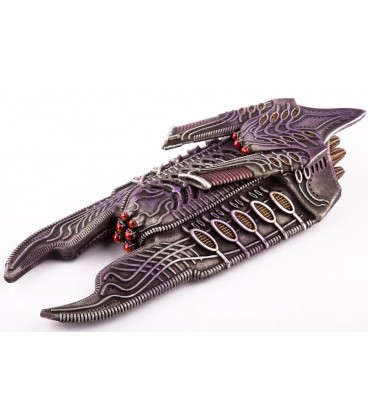 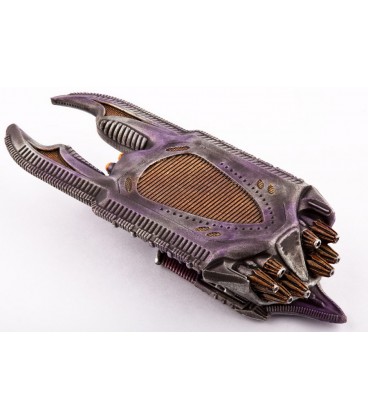 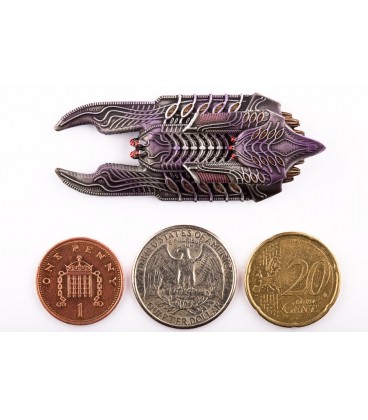 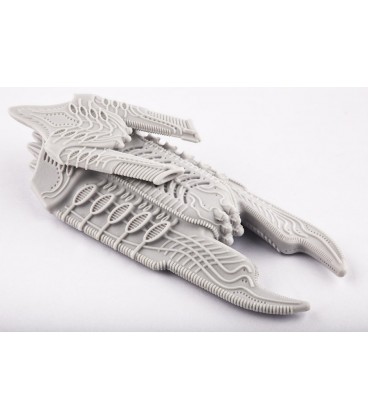 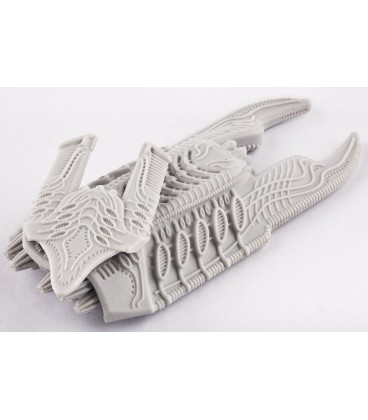 The Slayer is the Scourge's premier heavy tank equivalent, an offensive powerhouse of matchless anti-armour firepower. Armed with a pair of lethal plasma cannons, vehicle kills are virtually assured. Although somewhat slower than the Hunter, it is still more than capable of running rings round the armoured units of more primitive races.

Aside from simply being a heavier version of the Hunter, the Slayer also has another, no less frightening trick up its sleeve. Inside its armoured bowels is a set of habi-tubes, able to cage a trio of lethal Razorworms. The Slayer uses these predatory Scourge hosts as living weapons, releasing them near occupied buildings, where they then root out and eviscerate stubbornly dug in enemy troops.