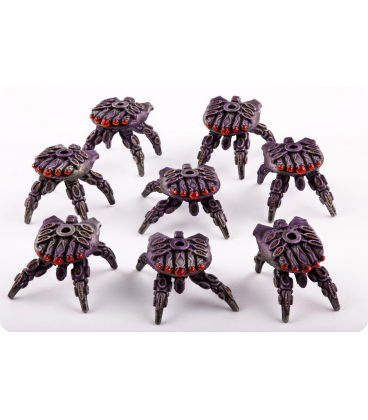 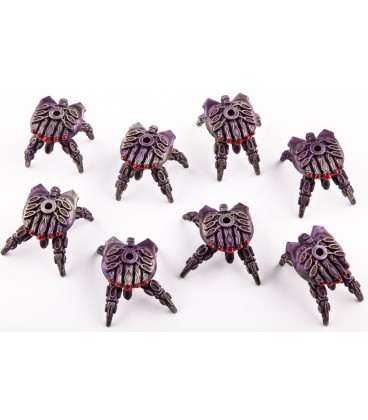 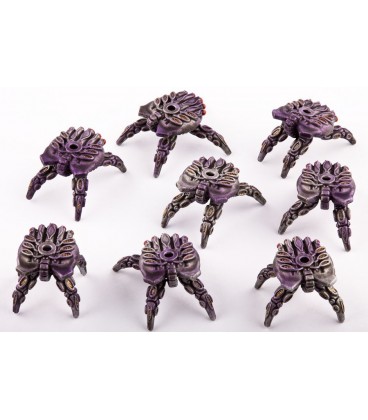 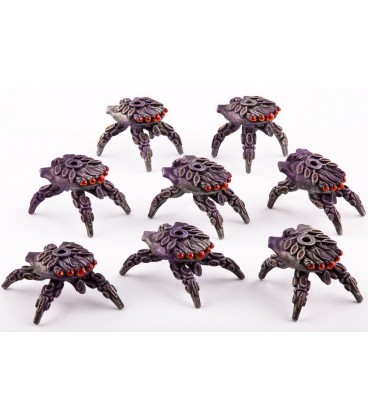 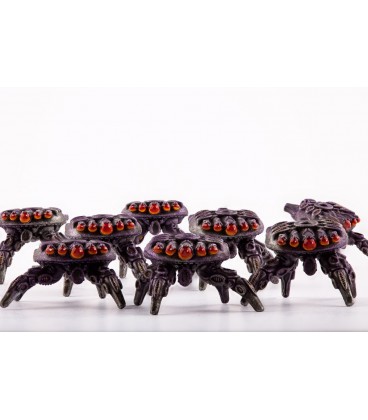 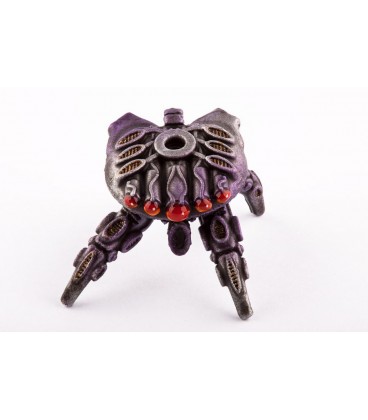 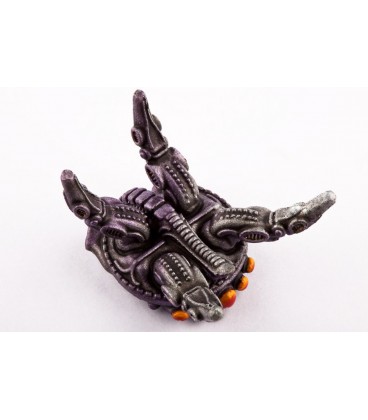 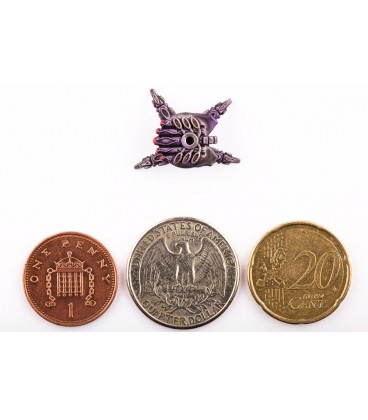 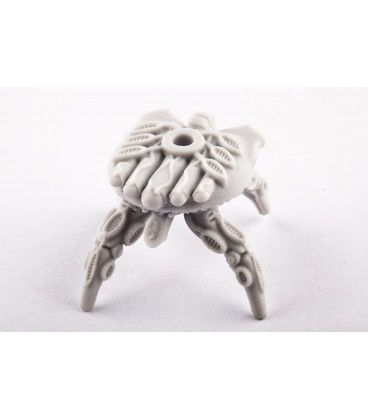 The Prowler is a tiny four legged walker, the like of which is not seen in the employ of any other race. Indeed, its modus-operandi is unique and wholly symptomatic of Scourge military tactics.

It is armed with a sinister variant of the Plasma Hose, the Plasma Proboscis. This devious weapon can either spew plasma in a wide pattern, or be utilised in an anti-armour role. Here, the Prowler pounces on an enemy tank, and injects molten plasma directly into the vehicle's crew compartment, atomising all those unfortunate enough to still be inside. The sight of a large pack of Prowlers skittering forwards has often been enough to make terrified crews abandon their vehicles rather than be roasted alive in an armoured coffin.

The Prowler also serves as a scout unit due to its small form and excellent mobility which allows it to evade detection. As a walker, it can also remain dormant for days if necessary, since it does not unitise Anti-Grav drives. This attribute makes it an excellent ambush predator.

Amongst resistance fighters, the silhouette of the Prowler is identified with Scourge oppression, since vast numbers of them patrol the deserted sectors of once glorious human cities. The only glimmer of hope they possess is that with its light armour, the Prowler is vulnerable to heavy calibre small arms fire.