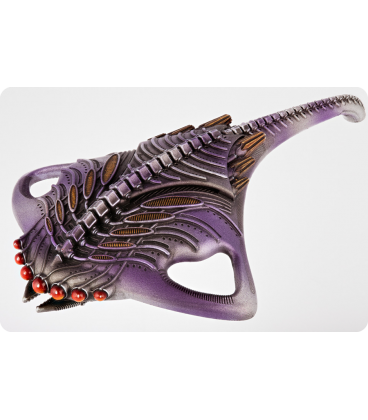 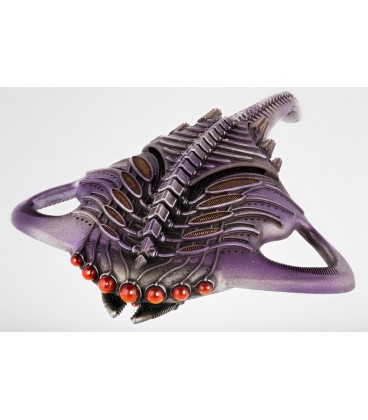 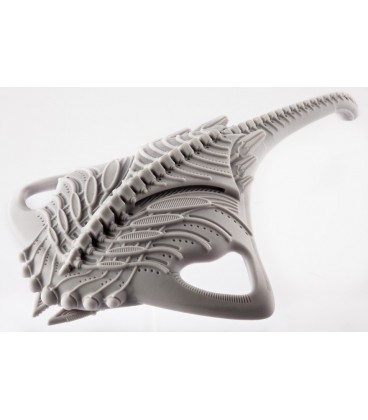 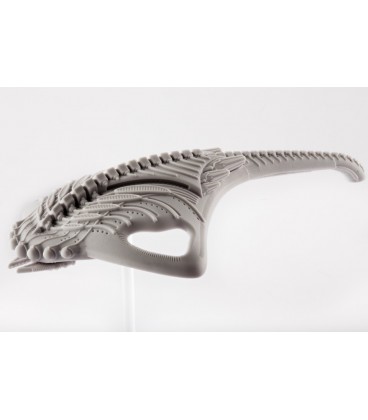 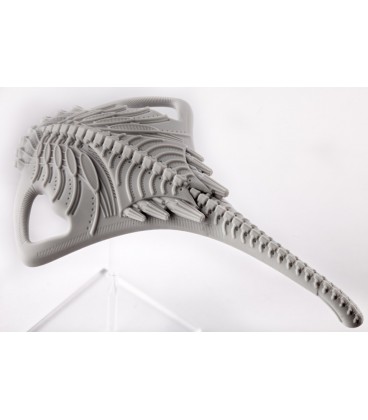 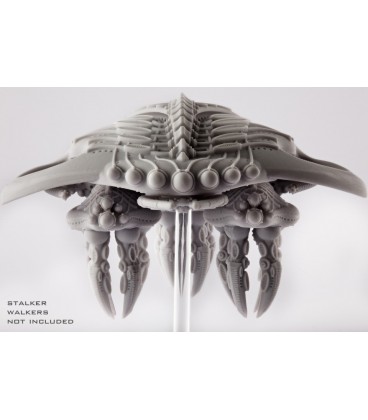 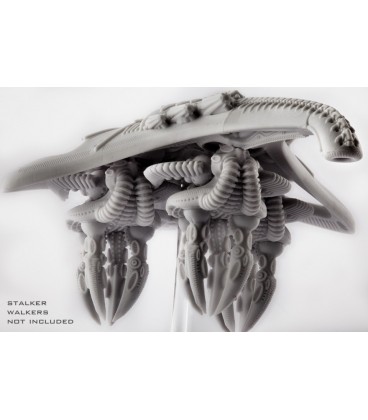 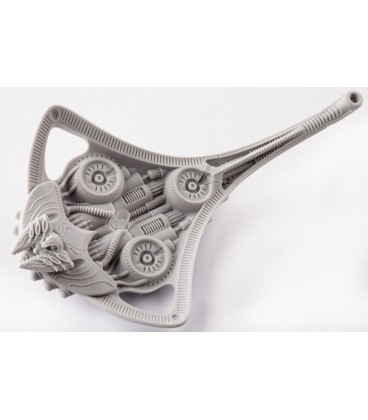 The Harbinger is large dropship which features heavier armour than the more common Marauder type and is designed primarily for frontal assaults against hardened targets. It is generally employed in situations where nothing but a brutal charge across open ground will suffice and conventional Scourge forces would crumble to withering fire.

The Harbinger is equipped with plasma bombs - devastating freefall weapons which are unloaded from its tail proboscis. Although somewhat inaccurate, they can be used to devastating effect against both enemy armour and structures. The Harbinger can also be upgraded to carry a small arc caster, allowing it to assist in the decimation of enemy fliers around the Dropzone. The Harbinger is commonly employed to deploy Stalker and Ravager walkers, although it has been seen delivering other horrors direct to the thickest of the fighting.

Complete rules and background for the Harbinger Assault Dropship can be found in Reconquest: Phase 1