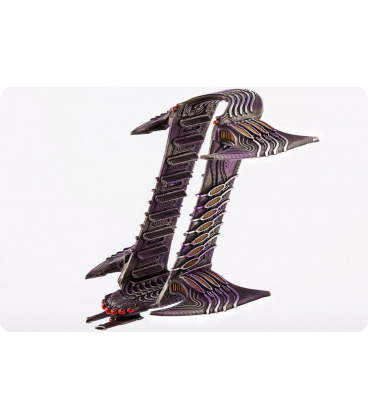 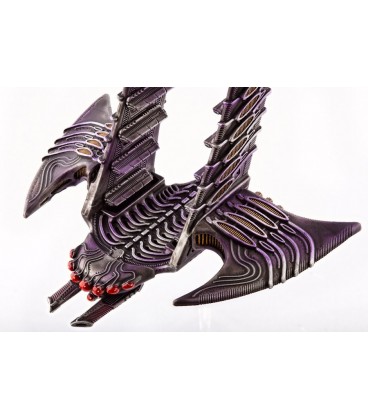 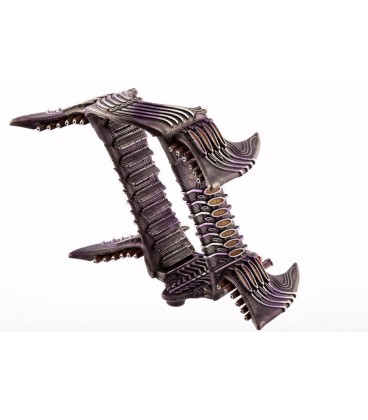 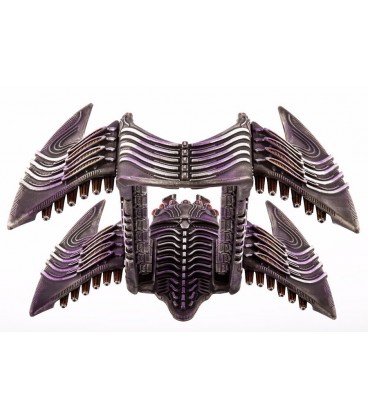 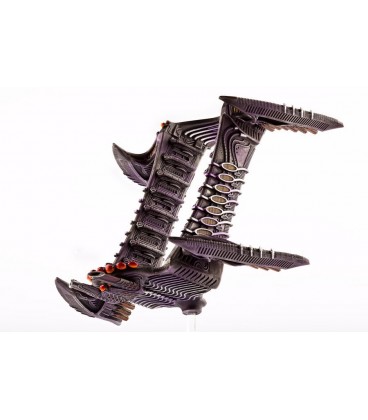 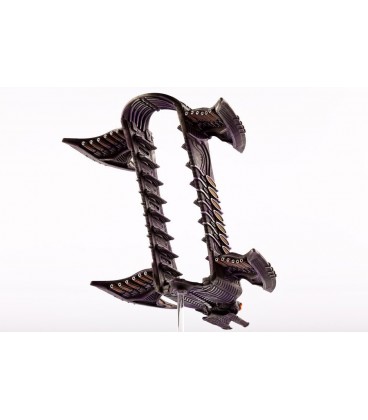 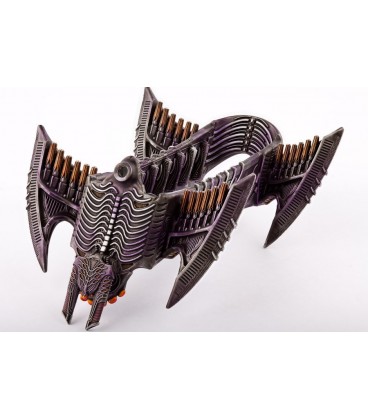 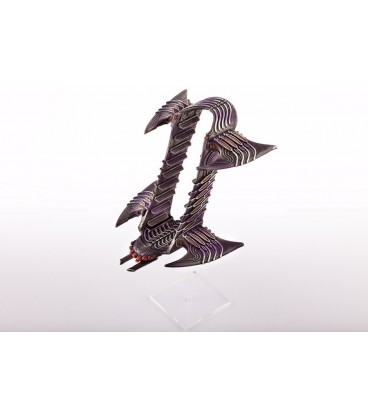 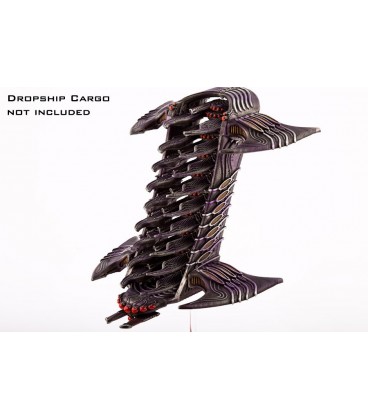 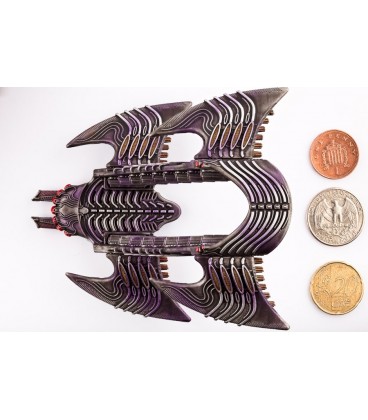 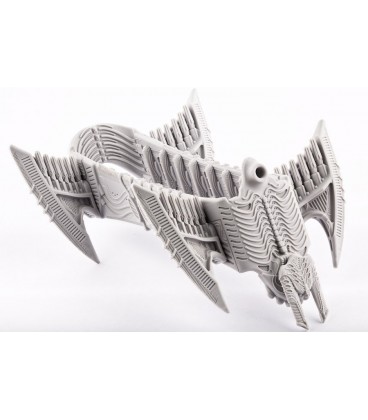 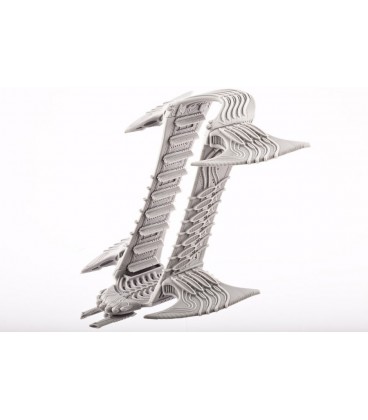 The Despoiler is the primary mass landing craft of Scourge invasion fleets .It is instantly recognisable due to its unique vertical configuration. It is a towering monstrosity, a dreadful harbinger of doom. The arrival of a fleet of Despoilers is always the precursor to a Scourge ground incursion, and the terrible slaughter that inevitably follows.

It carries up to nine sinister grav tanks, each one able to run rings round human vehicles, reducing them to molten wrecks. The Despoiler's charges can detach from the vehicle with lightning speed, dropping to combat altitude in seconds.

The Despoiler is also armed with a twin plasma cannon, making it just as capable as a heavy tank at clearing dropzones of enemy vehicles.

Unlike the dropships of other races, the Despoiler (as well as other Scourge landing craft) is strictly a one-way vehicle. Since the Scourge are utterly dedicated to invasion and usurpation, they have no need of retreat.