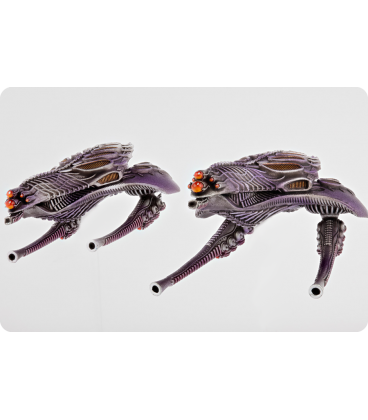 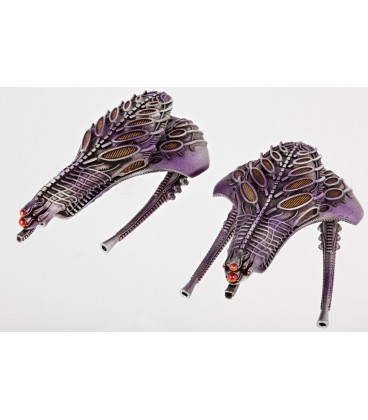 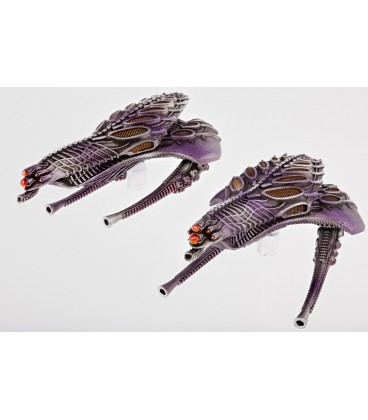 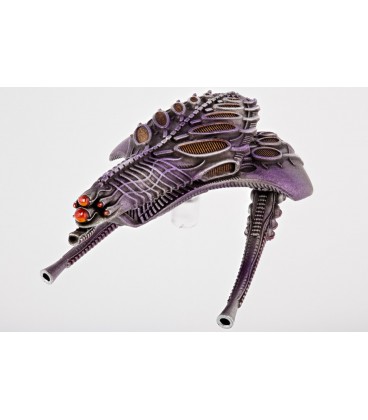 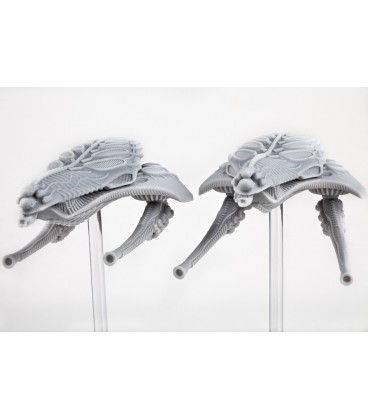 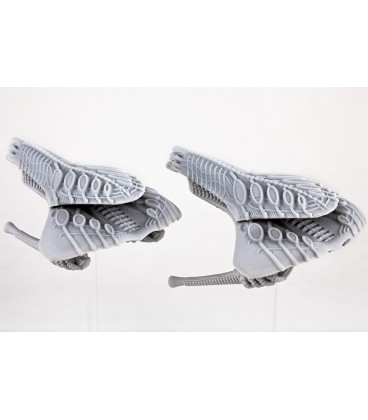 The Reaver is a roving predator of the skies with the sole purpose of annihilating enemy ground units. It is armed with a pair of sleek Plasma Lances - which are more flexible and lighter versions of the standard Plasma Cannon. Each Lance is mounted independently, allowing the Reaver to engage two units simultaneously, greatly increasing its potential kill rate.

Although it features a much heavier frame, the Reaver is built around the standard Intruder hull. An additional bulkhead section gives the Reaver increased survivability, although prudent commanders would be wise to avoid heavy AA fire. As an Intruder-based aircraft, the Reaver also sports the ubiquitous Plasma Hose, which provides an extra light anti-armour shot or the ability to atomise swathes of infantry unwise enough to spend time in the open!

Full background and rules are now available in Reconquest: Phase 1