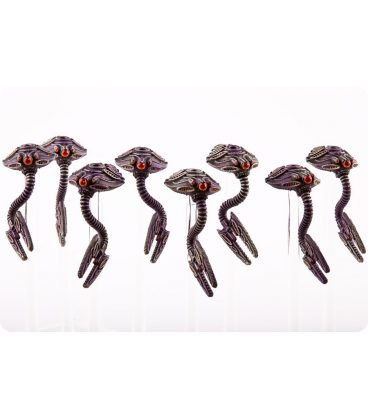 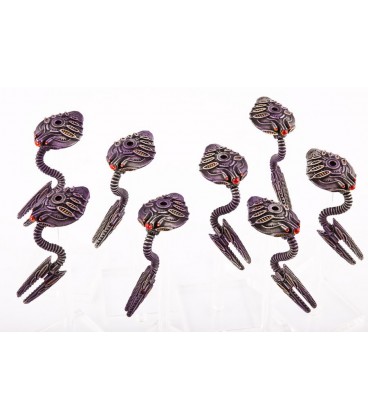 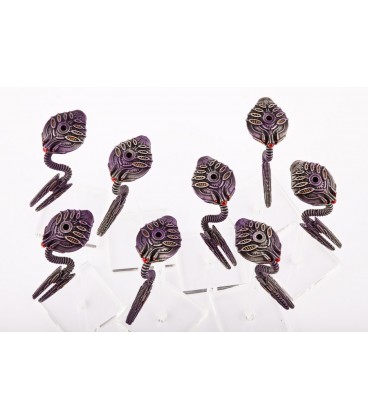 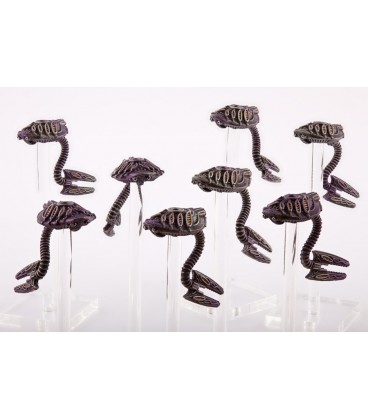 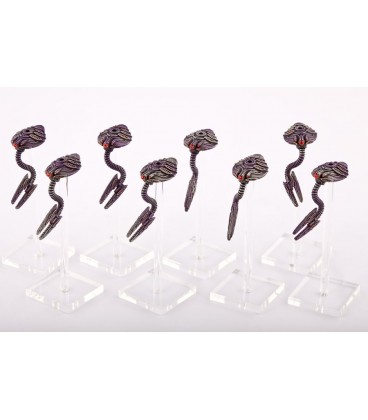 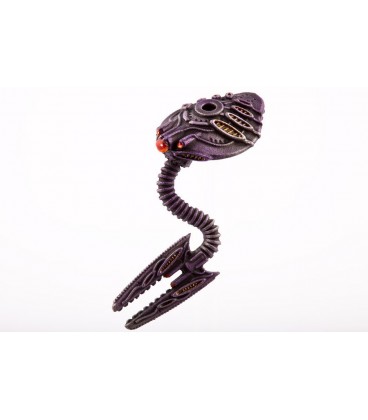 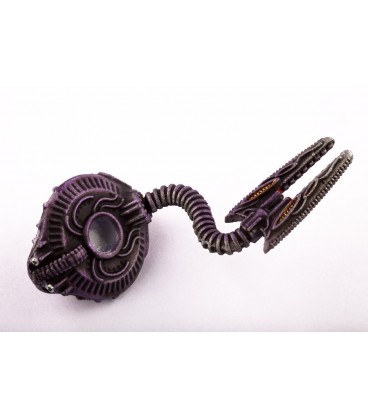 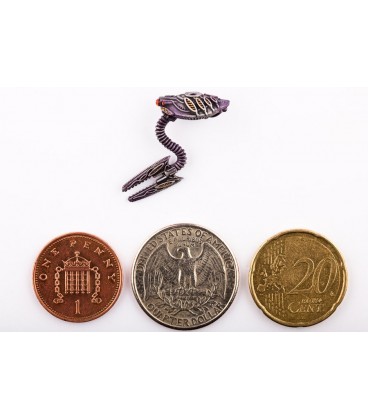 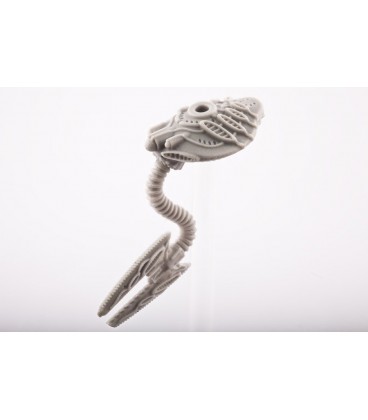 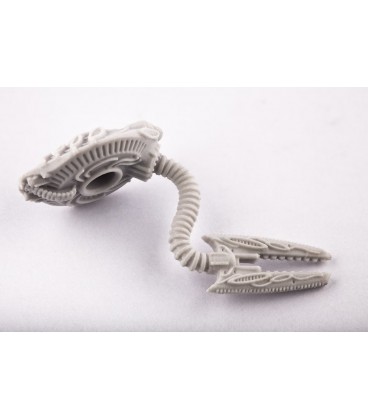 The Minder is a tiny aerial craft, although it is still exceedingly hazardous to approach. It is atypical of most Scourge units since it fulfils a purely defensive role. Armed with a small version of the deadly Arc Caster, the Minder exists solely to cover invasion armadas from air attack.

Clouds of Minders are often deployed ahead of a major landing, providing excellent protection for dropships against roving fighters before they make planetfall. Since the Arc Caster can only effectively target isolated units, the Minder is almost useless for engaging ground units.

The Minder is rather slow for an aircraft, since the vast majority of its power is required to feed the Arc Caster and to keep it aloft. Its miniature engines are normally only used for local relocation manoeuvres. Unlike most other fliers, it usually reaches its destination in good time via dropship insertion.

When successfully positioned early enough, a sufficiently large swarm of Minders is able to grant the Scourge total air superiority where needed. This allows ground units to conduct their sinister work with impunity.