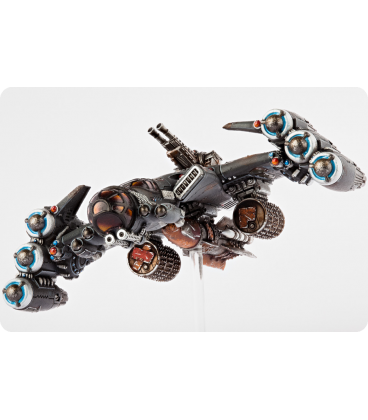 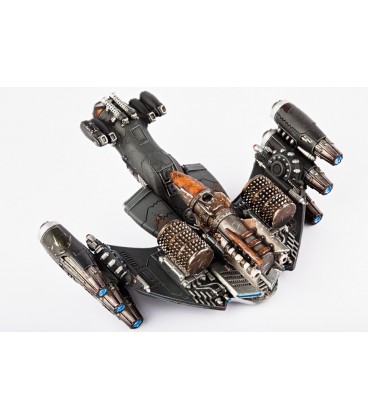 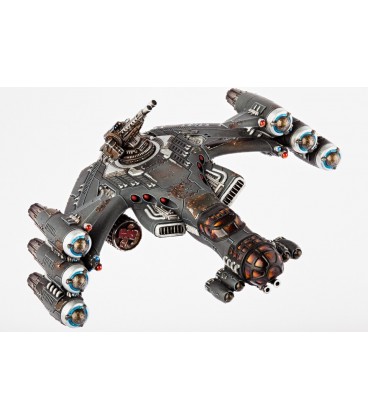 The Barrel Bomber is known by many monikers; Monkey’s Revenge, Flying Bulldozer, The Elephant, Jellycrusher and Skyhammer are just a few examples. Despite being a homebrewed concoction, it’s curious to note that tinkering Resistance mechanics of questionable sanity across the Cradle Worlds seemed to have arrived at similar machines despite having no contact with each other. The Barrel Bomber is a refreshingly uncomplicated contraption to describe. It’s essentially a standard AT-77 Lifthawk dropship with three enormous homemade explosive devices mounted where vehicles would usually be carried. They are released with the simple assistance of gravity and make up for their lack of sophistication by packing more high explosive than almost any genuine military munitions. It usually carries two barrels lined with sharpened tungsten rods, the effect of which can best be described as that of an anti-tank fragmentation grenade. A third, central bomb is a tank-sized monster, designed to penetrate deep into a building through sheer mass and then detonate, levelling all but the largest structures in a single strike.