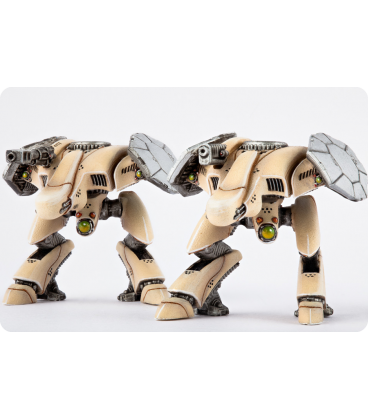 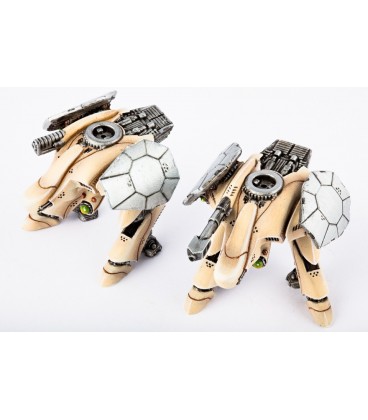 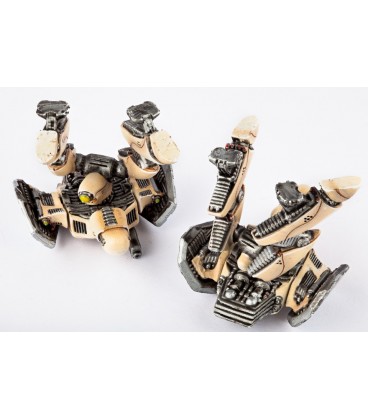 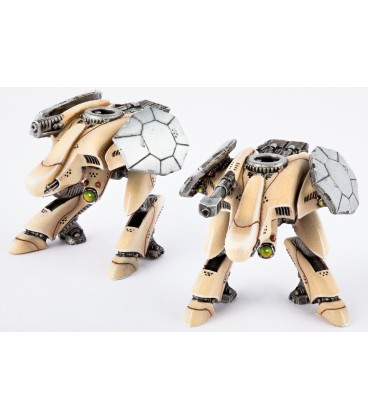 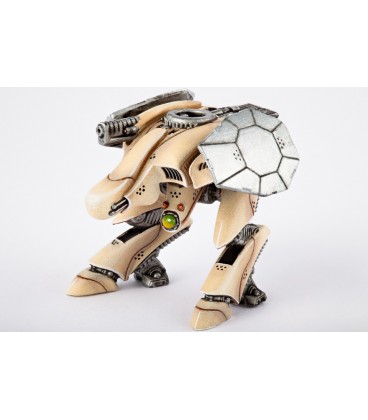 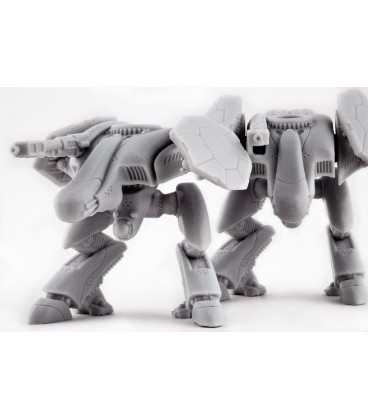 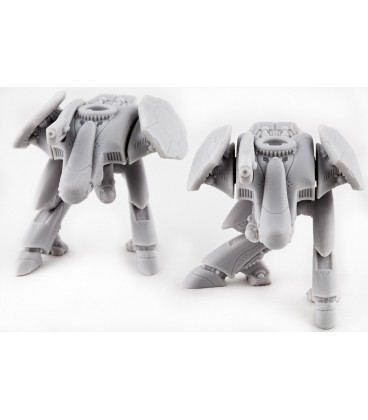 The Erebos is a high speed attack walker, generally fielded in infiltration and support operations. Its primary role is to harass enemy armour concentrations. It carries an EM field disruption projector, a device which severely disrupts optical and electronic targeting equipment of all nearby enemy units. A single, well placed Erebos can severely reduce the effectiveness of fire of an entire enemy armoured group. However, such a role makes the lightly armoured Erebos and obvious target, leading to the highest mortality rate in the entire PHR army. Selection for Erebos squadrons are strictly volunteer only and attracts the bravest (or most foolhardy) pilots the PHR has to offer. The potentially devastating effectiveness of the Erebos still gives it a place in PHR military doctrine however, since the lives of just one or two pilots can often be decisive in bringing victory.

Like its cousin the Apollo, the Erebos can be armed with either a lighter version of the standard RX-1 Railgun or with the Manslayer, a conventional cannon armed with advanced, air-bursting munitions.

The Erebos is based around the lighter Type-3 Strike Walker chassis. Type-3 walkers are considerably faster than Type-1's and have only recently been observed on the frontline. Type-3 chassis are equipped with more powerful drive systems and better motion damping hardware than Type-1 and 2's, allowing Erebos pilots to close into effective EM disruption range at high speed.

Full background and rules are now available in Reconquest: Phase 1