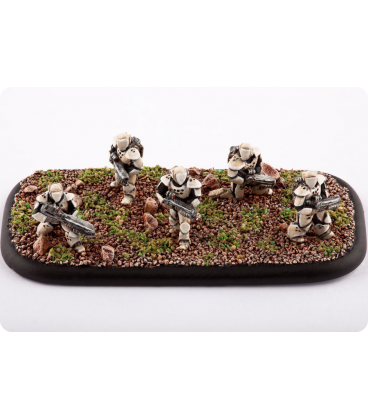 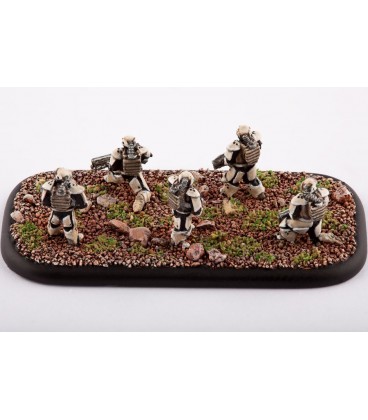 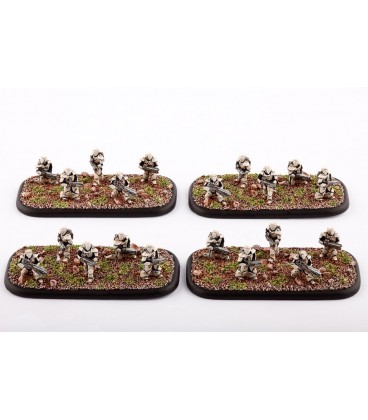 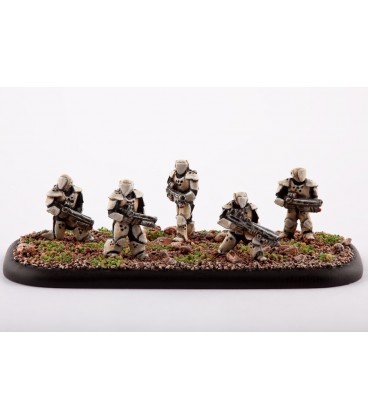 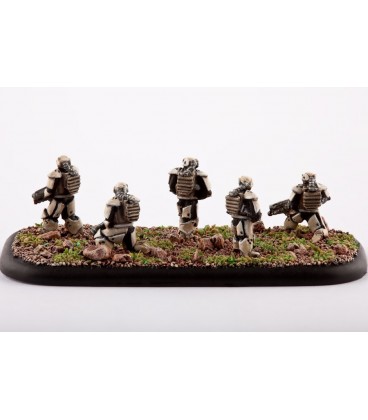 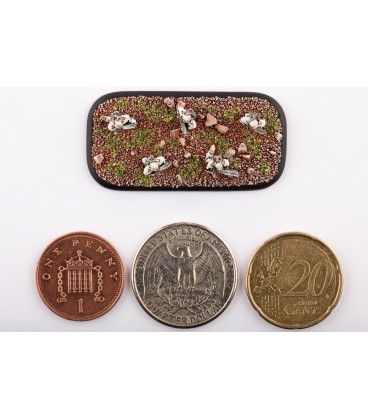 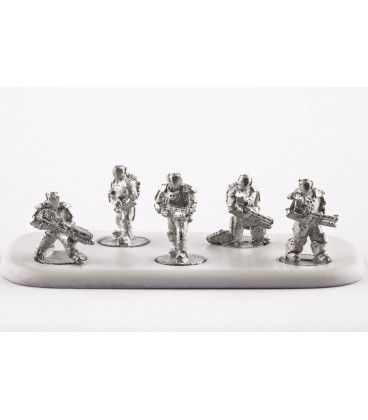 The Immortals are the frontline infantry of the PHR. The combination of prosthetic upgrades and punishing training makes them frighteningly dangerous opponents on the battlefield. A whole series of military-grade artificial enhancements are mandatory for soldiers of the Republic, honing these cyborgs to martial perfection.

Able to communicate by thought alone, they fight in eerie silence. This increases their effectiveness both from a tactical standpoint, and by eroding the morale of the enemy.

Immortals are usually armed with the remarkable RXp-57 autosensing assault rifle, a belt fed weapon which can lay down sustained fire without reloading. Squad firepower is augmented by the RXp-14 'Longreach' rifle, giving the immortals anti-vehicle capability, as well as an excellent sniper weapon.

Encased within state of the art body armour, these faceless warriors can stand firm against withering firepower. Their cybernetic enhancements allow them to shut off the pain response, making anything less than instantly mortal wounds only partially effective at halting their inexorable advance. Hastily issued UCM military directives advise headshots as the surest means of dispatch.