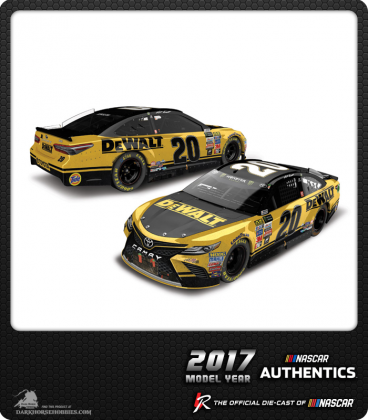 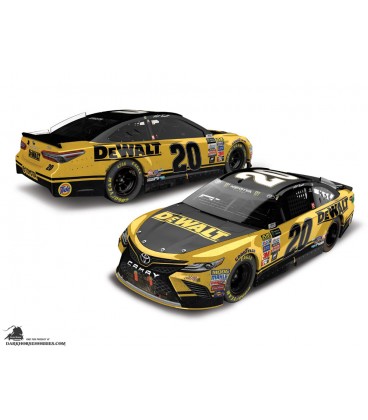 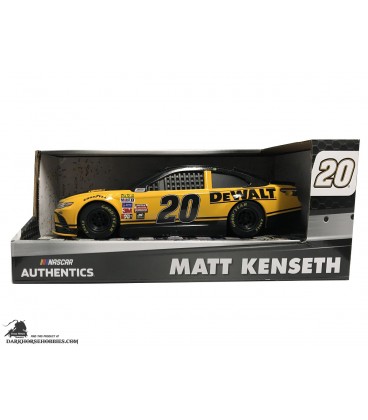 Driver Matt Kenseth has been generating fans since the early 2000’s, when he exploded onto the Cup Series scene for his first full season of premier series competition.With 20 pole positions, 181 top-five finishes and an incredible 39 career victories, that fandom has flourished and on November 19 at Homestead-Miami Speedway, Kenseth’s fans cheered him on one last time.

Now the Raced Version die-cast that commemorates the last ride of Kenseth’s Monster Energy NASCAR® Cup Series™ career is available while supplies last. This special car pays tribute to Kenseth’s rookie season with a familiar paint scheme and longtime sponsor. Each No. 20 DeWALT® Last Ride Toyota Camry Raced Version die-cast collectible car will feature all the race markings, damage and dirt, as seen on Kenseth’s car crossing the finish line at Homestead. Plus, each 1:24-scale collectable comes with a full-color collector card and will come packaged in a specially designed window box with imagery from Kenseth’s last ride.