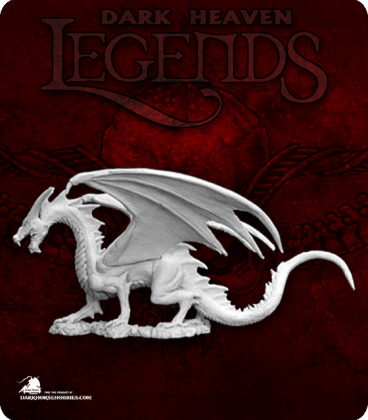 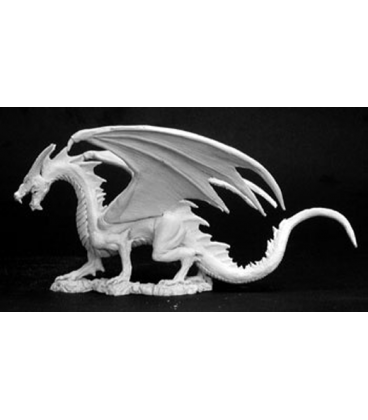 The Savage North, as it has become known by the civilized nations sharing its borders, is an inhospitable stretch of untamed, pristine wilderness...

The shadow dragon known as Sleek has lurked in the murky deeps of the Darkreaches for centuries. At one time she laired in the caverns deep beneath the Woodspike Forest, but she was attacked by the elves of Tembrithil as she lay sleeping. Surrounded by the wealth of centuries of raiding, Sleek was not going to abandon her sanctuary without a fight. Scores of elves were torn apart by her claws and whip-like tail, and even more were obliterated by her netherworldly breath. Had the elves not greatly outnumbered her, the dragon might have prevailed. However, under the relentless assault, she fled into the deeper caverns beneath the Draketeeth Mountains, to the familiar radiations of the Darkreaches.

She established a lair near a duergar trading post and agreed to aid the devious dwarves, provided she was compensated. As the years passed, her hoard grew, but this came to an end when the Laementh overran the trading post and enslaved the duergar. Seeing this as an opportunity, Sleek betrayed the dwarves and offered her services to the dark elves. The Majestrix gladly accepted the dragon's terms, promising vast sums of treasure for submitting to dark elven rule. Now Sleek makes her lair at the bottom of a deep, lightless chasm known to all dwellers of the Darkreaches as Nywynnor Ryguh.