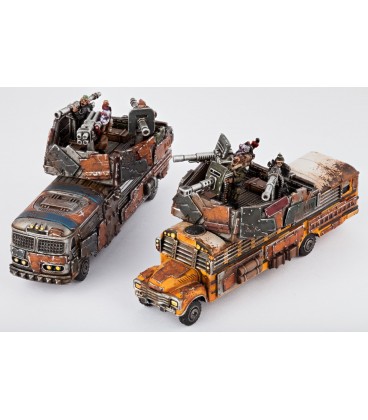 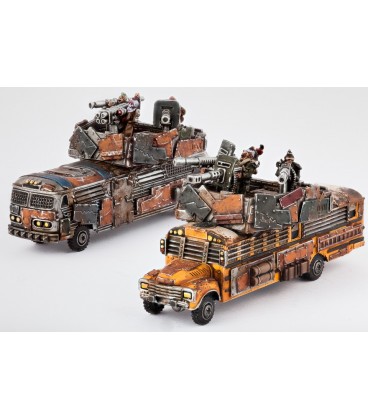 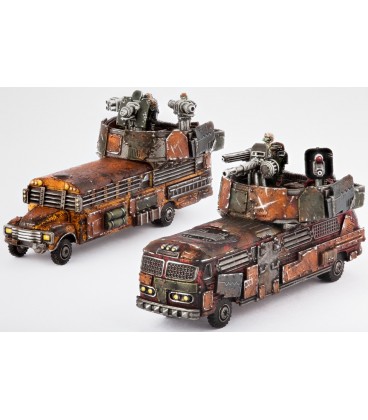 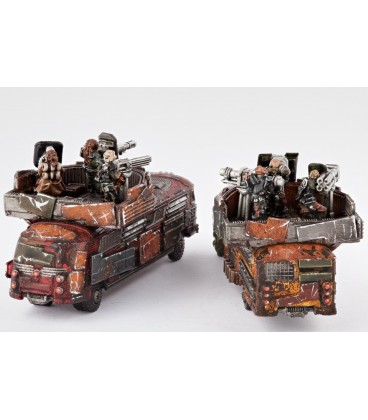 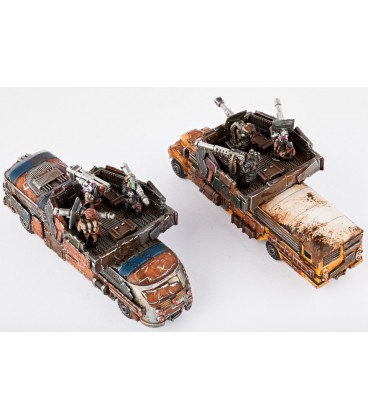 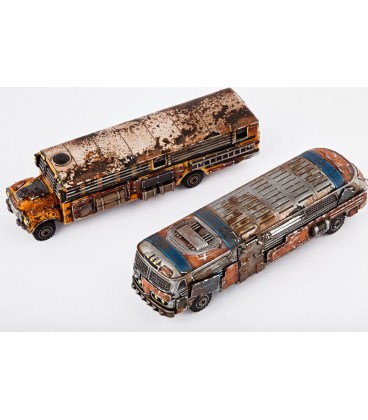 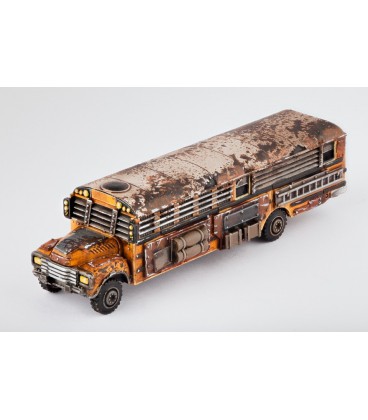 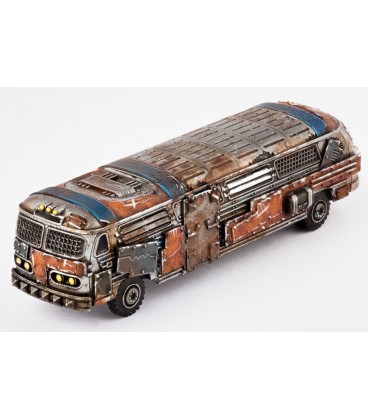 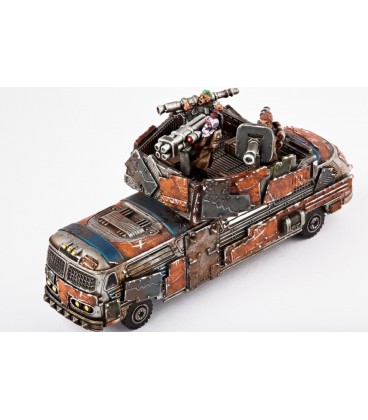 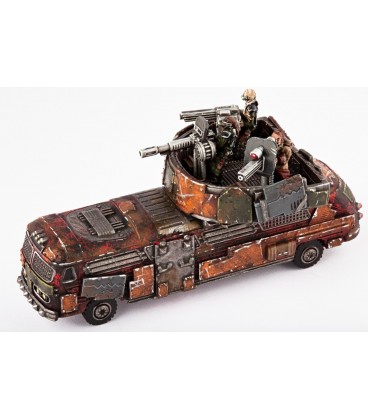 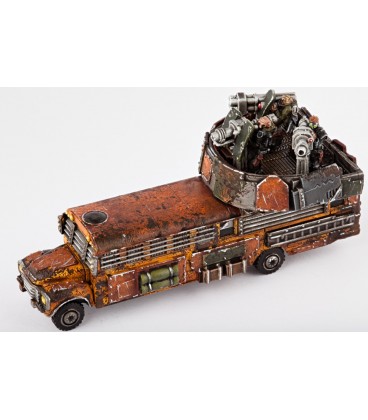 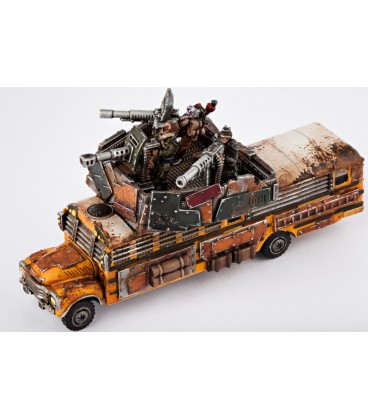 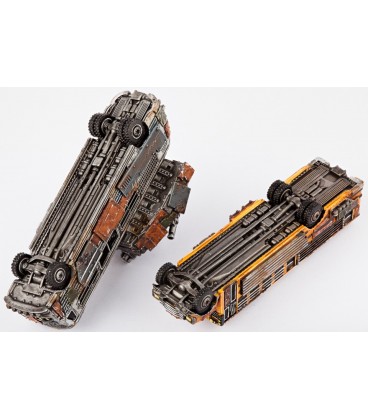 Resistance use of improvised civilian vehicles also extends to the role of troop transport. The standard pre-war MT-90 Jackson halftrack has the dual weakness of small capacity and limited availability. When the Resistance need to move large numbers of troops in expendable vehicles they usually turn to the battle bus. Once civilian public transport machines, these are up-armoured and equipped with practical additions such as extra doors. In their basic unarmed state, these vehicles are plentiful and very easily replaced, however, if a little armed protection is required, it’s not uncommon for mechanics to rig up a combat dais on the back of the transport. These have room for several gunners and weapons for either anti-tank or anti-air capability. However, these modifications take up additional resources and make the weaponised version a more significant asset in the field.