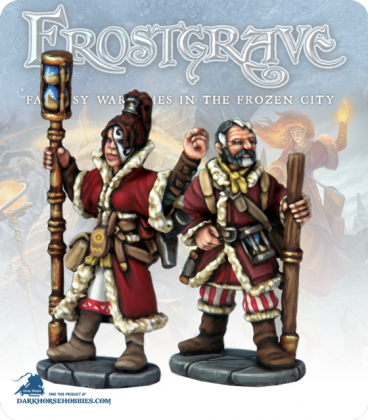 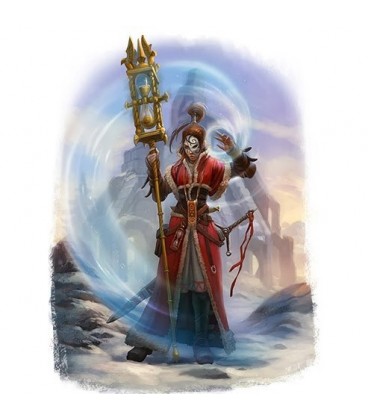 Frostgrave is a game of Wizards, battling through a ruined frozen city in search of magical artifacts. Amidst the frozen ruins of this ancient city, wizards battle in the hopes of discovering the treasures of a fallen empire. It is in this fantasy skirmish wargame, that each player takes on the role of a wizard from one of ten schools of magic, and builds his or her band of followers for the next adventure.

Potentially the most powerful of all wizards, Chronomancers use magic to manipulate time itself. As the youngest branch of magic, it is less developed, and less understood than any of the others, and is thus potentially more dangerous. Chronomancers tend to be gamblers and risk-takers, those who prefer a quick path to power.

Chronomancers have no specific style of dress, although they tend to like outfits that project a sense of power, and often carry a large sword or other intimidating weapon, even if they have little skill in wielding it. It is not uncommon for some parts of a Chronomancer’s body to appear older than other parts. In some cases, they will even have one side of their face looking much older than the other side.