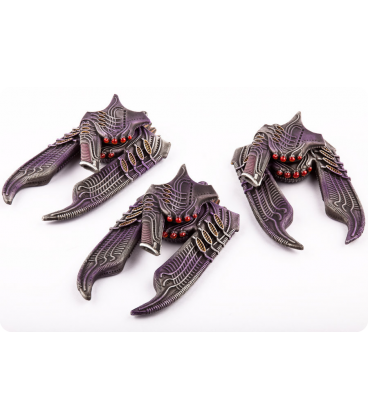 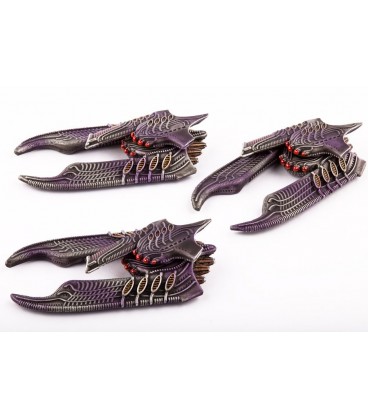 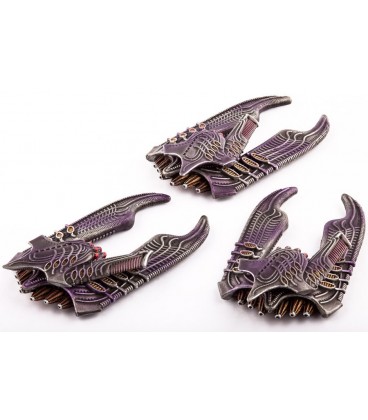 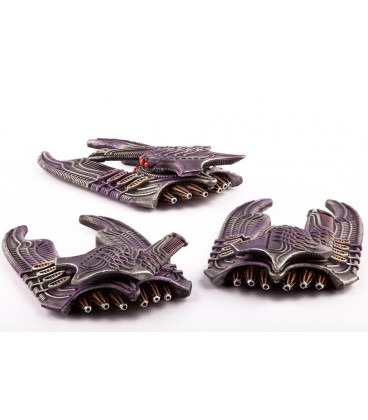 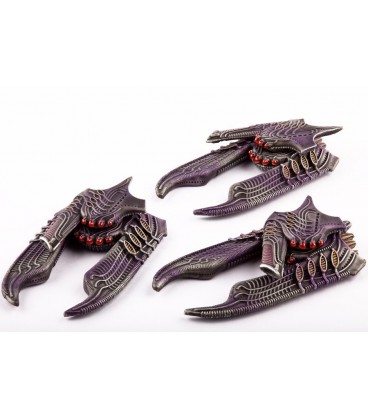 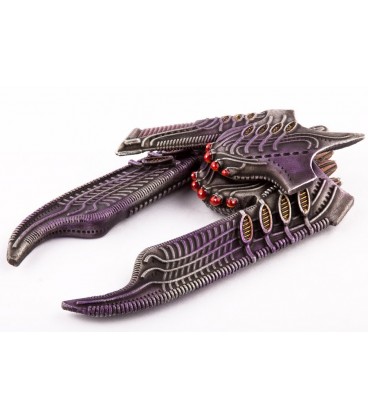 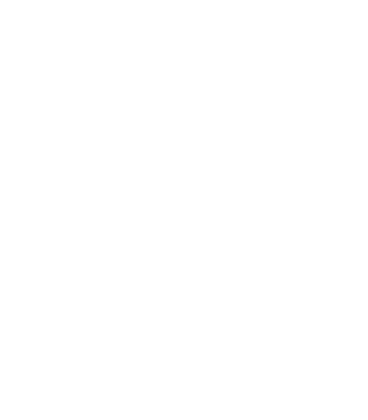 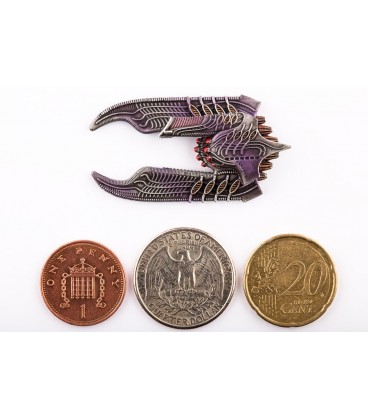 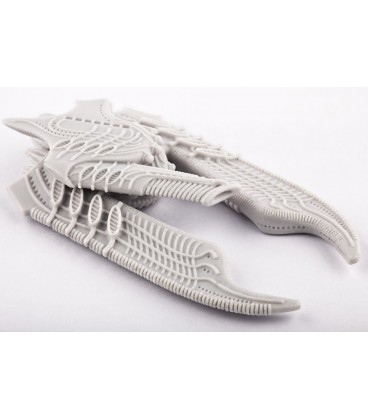 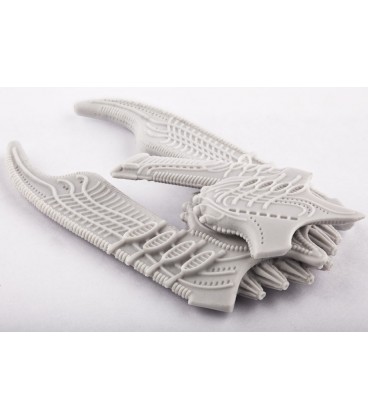 The Hunter is a formidable frontline armoured unit, the Scourge's closest equivalent to a main battle tank. Unlike its more primitive counterparts, the Hunter employs an advanced Anti-Grav repulsion drive to float several feet above the battlefield. This allows it to glide towards the enemy with sinister purpose and unnerving speed.

It is armed with a single, devastating plasma canon. This awesome weapon is capable of reducing a heavy battle tank to molten slurry in a single shot. It's only major shortcoming is its limited effective range. This makes Hunters particularly aggressive foes, as they invariably use their great speed to advance into killing range.

The Hunter must also utilize its excellent pace to out-manoeuvre its more cumbersome rivals, since its armour is modest for a main battle tank.