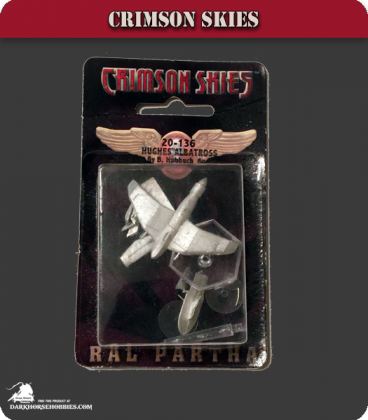 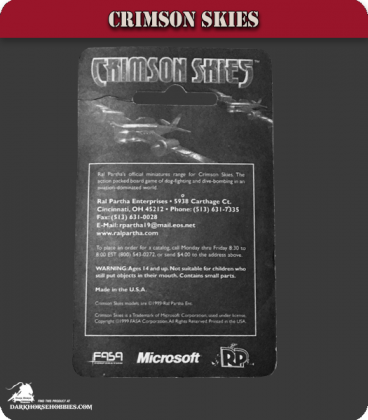 Crimson Skies is a tabletop and a video game media franchise created by Jordan Weisman and Dave McCoy, first released as a board game in 1998.

The planes of Crimson Skies are fictional designs created specifically for the Crimson Skies universe. Although some of the planes were modeled after actual 1930s era experimental aircraft, the designs include other "bizarre and outlandish" aircraft experiments from the early years of aviation. As a whole these models take significant departures from conventional aviation designs. Jordan Weisman, one of the game creators, has stated that the planes created for Crimson Skies are designed to be "hot rods of the air".