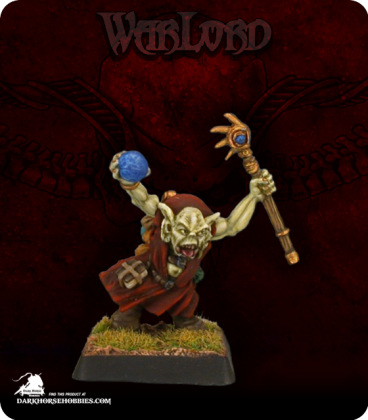 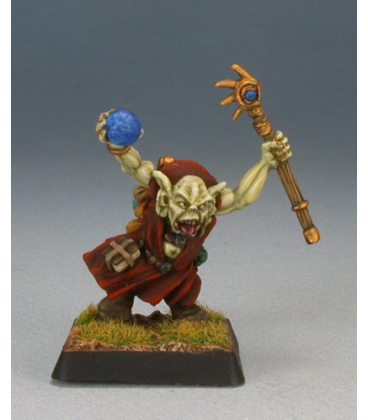 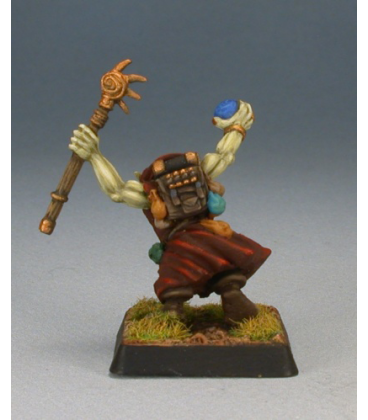 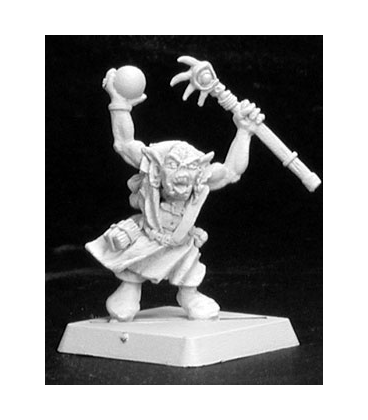 Goblins have magical blood. Physically weak, few have realized that they excel in magic. Lunk is a wizard of growing skill. The chance to ransack a great library of Taltos or Dartha is far too great a lure for a mage to resist, even a short one. He will keep himself out of the Bull Orc's brutish path and scavenge spells and scrolls when they finish their rampage. Knowledge is wasted on the strong. 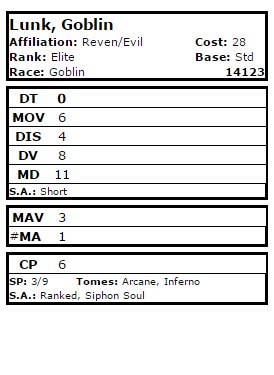