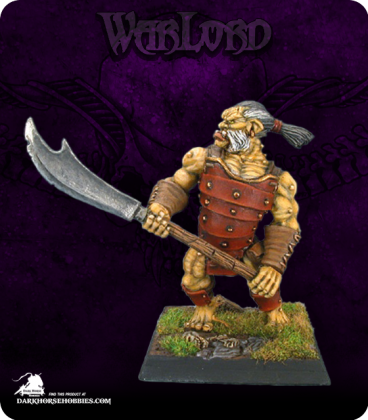 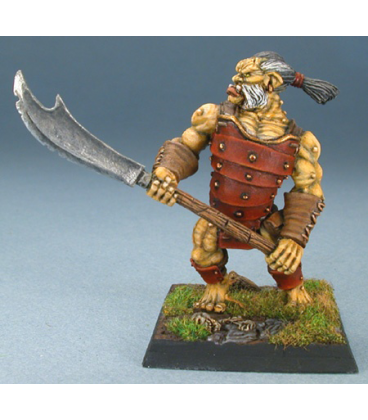 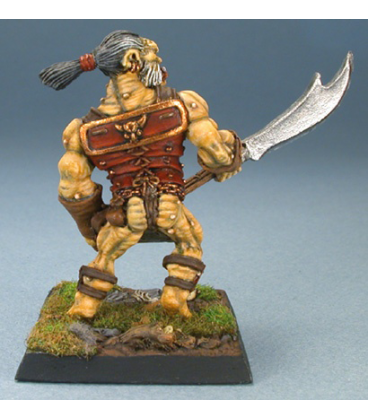 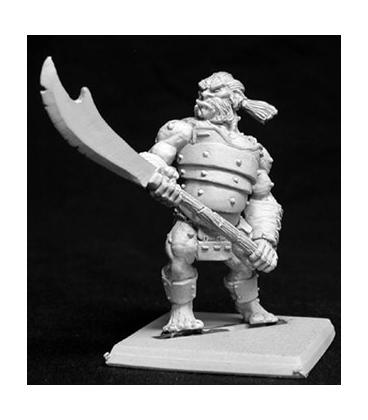 Gurm is a bloodthirsty and murderous ogre. The thrill of the hunt and the bitter stink of fresh spilled entrails sing to Gurm's ogre spirit. Though he is large, he is nimble and cunning. The hunters of the Ogere possess the finest brains of their blood and uses them to track prey. Gurm is one of the finest hunters, and many meddlesome spies have died before they could report to their masters about the Reven's activities, spitted like a pig on the end of Gurm's spear. 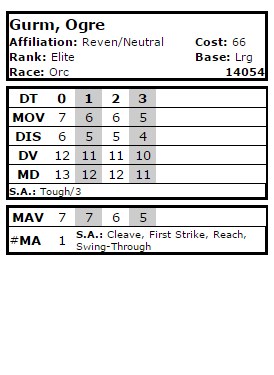