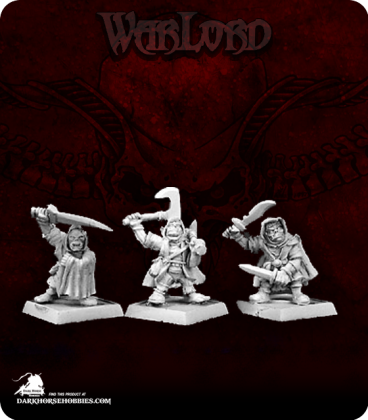 Somewhat more skilled than the average goblin, and possessed of marginally more intelligence, the Noghra Rangers have much to recommend them. Since they are faster than most of the Reven, Varaug intends to soften up the humans with the pointy ends of the Noghra before launching the real assault. Better still, goblins love death so much they do not seem to mind if other goblins die any more than Varaug does. 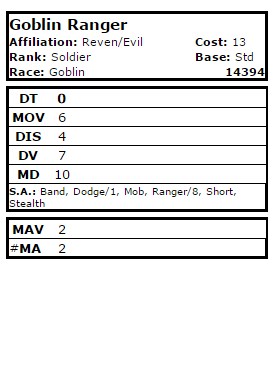