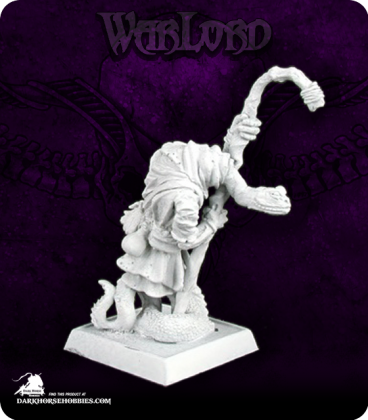 The Nagendra are much closer to Payanak than the Mongkohn will enjoy admitting. Because of this, the Nagendra are able to call upon sorcery magic more readily. Ssudai is one of the greatest of the Nagendra sorcerers and is eager to test his spirit against the foes of the Great Swamp. Ssudai does not wish to die in battle with the warmbloods, but where else can he gain so much practice with destructive spells as on the battlefield? 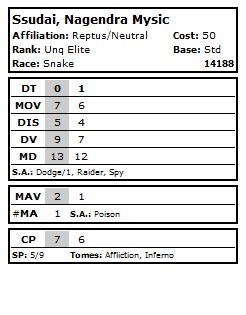