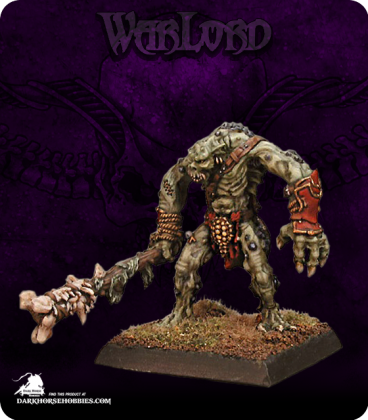 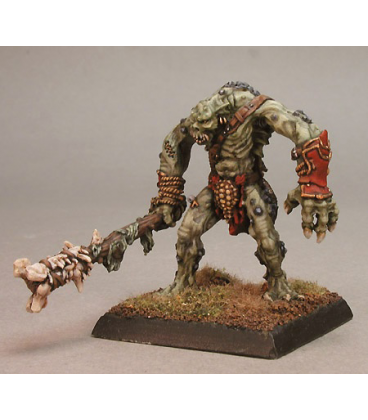 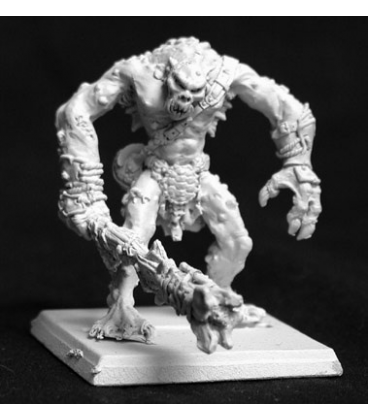 The freshwater River Trolls are a degenerate race related distantly to the Ogres or even the Orcs. Ignorant, foolish, and violent, it is perhaps because of the River Trolls that the Reptus have such a low opinion of the warm-blooded races. Some River Trolls are kept as slaves and fight to serve their masters and potentially earn their freedom. 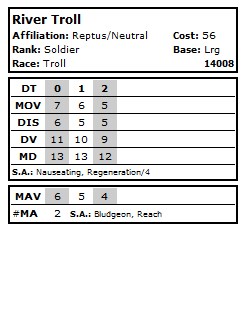