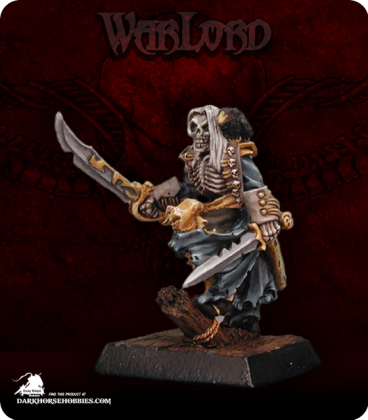 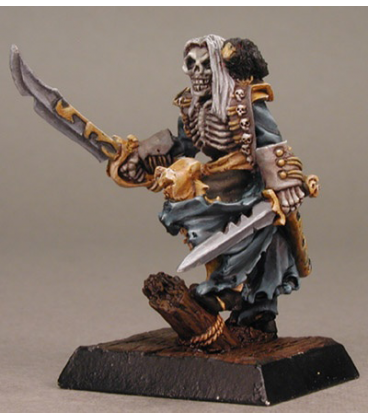 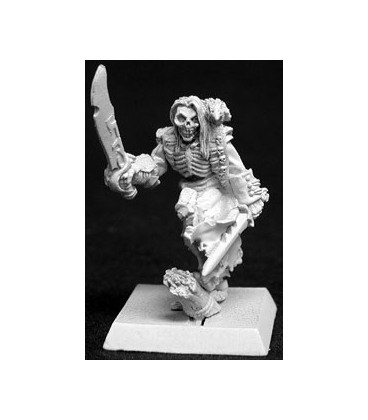 The grim undead Captain has sailed the seas of Adon for many long years. His deep eyeless sockets are always scanning the horizon for any sign of his misspent treasure or enemies that have eluded his vengeance. Razig enjoys his undead state, no hunger, no thirst, no scurvy, no drowning. However, he occasionally misses things here and there from his old life... mainly the taste of grog. Razig misses grog terribly. To Razig, everything else was just a waste of time anyway, including love. As he has been known to tell his crew, "It's hate that keeps your old bones warm in a storm. Hate never leaves you. Hate never fails you... love be hanged." 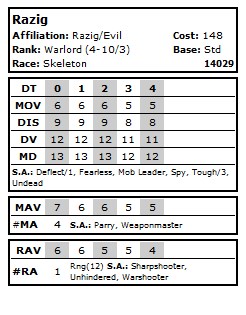