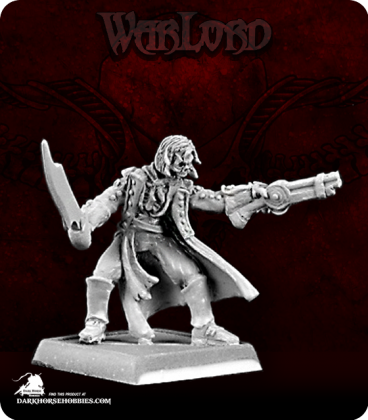 Mister Blood is the Boatswain (Bosun) of the Dark Maiden. He was a wastrel and failure on land, but a loyal and top-notch sailor on the seas. Though the crew at times truly hated Mister Blood, none could doubt his skills and martial prowess. Released from his mortal coil and duties to the ship (after all a ghost ship hardly needs the skills of the bosun to maintain its hull) Mister Blood is truly terrifying to behold when he gets angry. When Blood is "in the mood" for violence, baleful energy swells from his eye sockets and his flashing blade thirsts to cleaves life and limb. 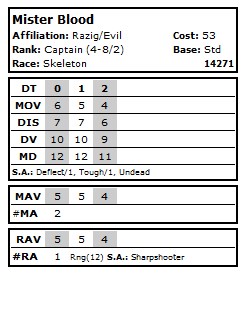