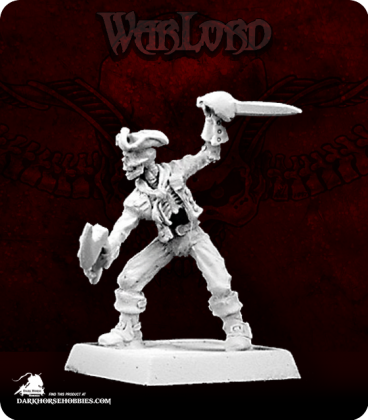 "Old Jack" or "Jackie" Bones is a tough sea dog with bones of iron, teeth of granite, and a spine of steel. Where Razig sails, so too will Jackie Bones and it's not his place to question the Captain's wishes. For many long voyages has old Jack Bones fought in the Captain's boarding actions and battles. You can be sure that in this final long journey beyond the bonds of death Jackie will fight for his Captain again. The Captain always settles accounts at the voyage end. You can count on that as sure as you can count a pile of golden coins. 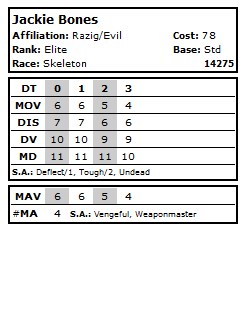